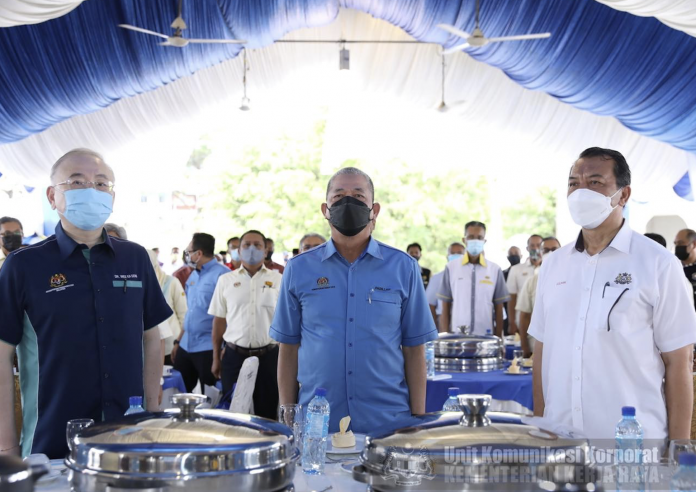 BATU PAHAT, Nov 11 — The FT050 road (Batu Pahat-Ayer Hitam-Kluang) upgrading project is an urgent and important one to reduce the number of fatal road accidents along this route, recorded as the highest in Malaysia.

He said the project which started on Oct 26 was expected to be completed by Oct 25, 2024 with the aim of reducing road accidents, and ensuring a smoother and better control of the traffic flow along the route, besides travel comfort for the road users.

“This road connecting Parit Raja town to the Ayer Hitam toll plaza was also recorded as having the highest traffic capacity, especially during the festive seasons,” he told the media after handing out the contract acceptance letter and the ground-breaking ceremony for the project, here, today.

Fadillah said that a traffic study conducted in 2020 had recorded 28,298 vehicles using this route within 16 hours and 2,279 vehicles recorded during the peak hours (5 pm to 6 pm) with the highest volume recorded in Batu Pahat.

The upgrading project involves the building of a road divider along a 13.5km stretch with three U turns for heavy vehicles, as well as widening of the existing four-lane single road to four-lane twin roads.

Fadillah also urged the relevant parties to provide a channel for complaints and suggestions from road users while the upgrading project is going on for it to be carried out well by solving any arising problem.