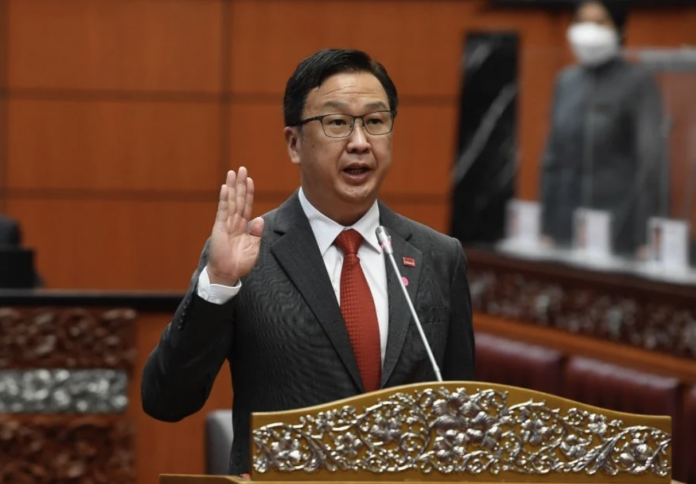 Dominic, 54, holds a doctorate degree in Engineering Business Management from Universiti Teknologi Malaysia (UTM), while Nelson, 59, holds a Master in Business Administration from the University of Hull, United Kingdom and a former chairman of the Human Resources Development Fund  (HRDF).

At a media conference after the swearing-in ceremony, Dominic expressed his gratitude to the Yang di-Pertuan Agong for consenting to his appointment and promised to defend the rights of Malaysians regardless of their race, religion and cultural background.

Meanwhile, Nelson thanked the MIC for nominating him for the senator post and expressed the hope of contributing in the field of private education, as well as to look into the interests of senior citizens.

Earlier, Rais in his speech, said that  he hoped Dominic and Nelson would shoulder their responsibilities as well as possible as the Dewan Negara was undergoing a transformation that required their active involvement and participation.

“These three committees are allies to the Parliament’s transformation agenda, which, God willing, I am confident can be realised as early as next year with the commitment already given by the executive,” he added.