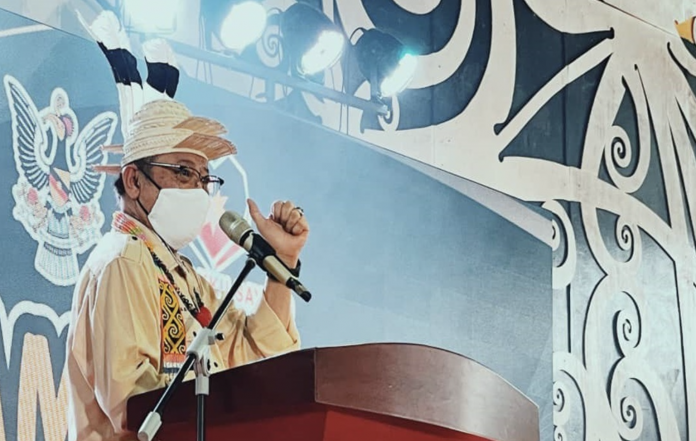 He said it is also proof that Bersatu truly understands the political situation in Sarawak where only state-based parties can appreciate and meet the needs of the people.

“I would like to thank (Bersatu president) Tan Sri Muhyiddin Yassin for his announcement that the party is staying out of the state polls.

“I believe they truly understand Sarawak politics. Let Sarawak people decide what will happen in Sarawak and we (GPS) can be a partner in the Malaysian alliance for the people and the country,” he told reporters after attending a leaders with the people session in Sungai Asap here today.

Yesterday, Muhyiddin said Bersatu would not be fielding any candidates in the Sarawak polls on Dec 18.

Speaking at the ceremony, Abang Johari confirmed that incumbent Murum state assemblyman Kennedy Chukpai Ugon would be defending his seat.

“I would like to announce that Kennedy Chukpai will be nominated as a candidate in the coming 12th Sarawak state election. If you give your support to him, more development projects will come your way,” he said.

In his speech at the same ceremony, Chukpai urged the GPS government to consider implementing 10 development projects in Belaga.

In response, Abang Johari said the request can only be studied and fulfilled if the people give a fresh mandate to GPS.

“What a pity that this request was made at a time when we no longer have the mandate. However, if you want these projects, give your support to GPS,” he said.