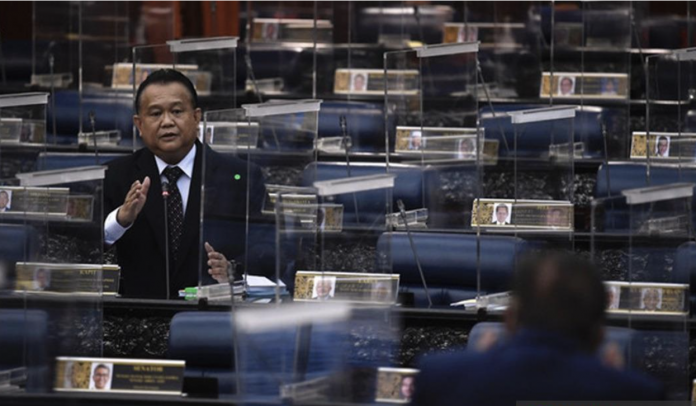 KUALA LUMPUR, Nov 30 — A sales promotion, “Jualan Keluarga Malaysia” (Malaysian Family Sale), will be held in all the 222 parliamentary constituencies twice a month on a monthly basis beginning Dec 4 as part of the government’s efforts to ensure consumers get necessities at cheaper prices.

Domestic Trade and Consumer Affairs Minister Datuk Seri Alexander Nanta Linggi said the ministry had obtained the cooperation of all agencies involved to ensure the  sales promotion meet the target.

“At this sale, we will ensure the price of  basic necessities is 15 per cent to 20 per cent cheaper,” he said during a question and answer session at the Dewan Rakyat today.

He was responding to a question from Lim Guan Eng (PH-Bagan) who wanted to know action taken by the ministry to bring down the surge in the price of goods.

Nanta said the ministry had also mobilised more than 1,000 officers nationwide to monitor the price of 480 controlled items to ensure the price remained at a reasonable level.

“The ministry will also extend the period for the implementation of the Festive Season Price-Controlled Scheme (SKHMP) for the coming Christmas, which will also start earlier,” he said, adding that the date for the scheme to be enforced would be announced soon.

He warned traders against increasing the prices of their goods indiscriminately, saying that the ministry will not hesitate to take action against the errant ones.

To a supplementary question from Lim on manufacturers increasing the price of their products due to rising operation cost, Nanta said the ministry was holding talks with other ministries, including the Agriculture and Food Industries Ministry (MAFI) to control the price at the farm level.

Meanwhile, Nanta said the issue on the price increase was not only happening in Malaysia, but worldwide.

In fact, a report by the Cable News Network (CNN) on Nov 5 also cited the increase in world food prices by up to 30 per cent this year, he added.

He said the ministry would continue to implement pro-active measures, including mobilising its 2,200 existing enforcement personnel to ensure traders did not engage in profiteering activities.

The ministry will also continue to enforce provisions under the Control of Supplies Act 1961 to ensure  there is no increase in the price of goods due to insufficiency or non-availability of goods in the market, he added.