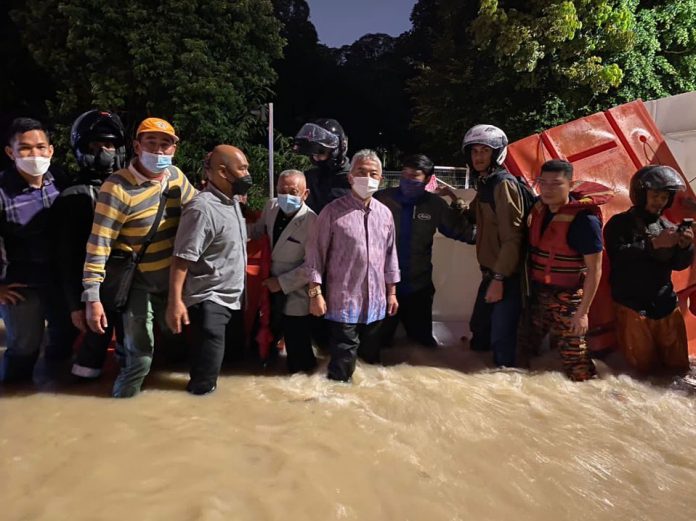 Pictures of His Majesty wading through floodwaters near the World Trade Center (WTC) here were shared via a post on Istana Negara’s Facebook page.

“His Majesty’s gesture is a reflection of his high personality and love for his people, regardless of the place, time and weather,” read the note.

The Klang Valley has been struck by floods, causing thousands of residents to be evacuated as well as leaving a number of road users stranded, while several landslide incidents have also been reported.

Floods have also been reported in Pahang, Melaka, Negeri Sembilan, Perak and Kelantan.

Prime Minister Datuk Seri Ismail Sabri Yaakob has instructed all relevant ministries to immediately mobilise assets to the flood-affected areas to ensure that the people are rescued and placed in temporary evacuation centres.