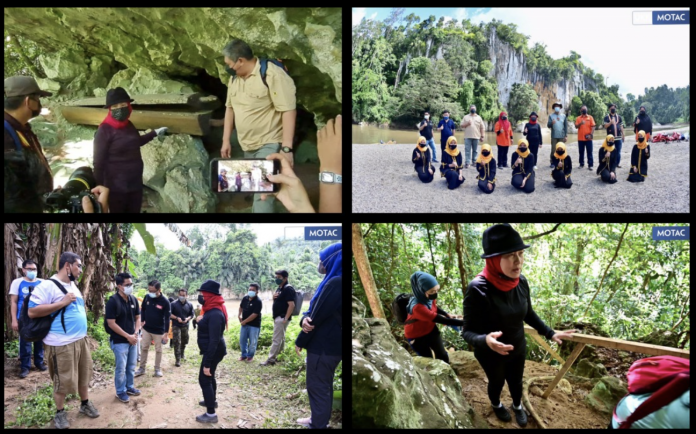 LAHAD DATU, Dec 26 — The Ministry of Tourism, Arts and Culture (MOTAC) is identifying products in the Segama area here with potential to be promoted for tourism to help generate economic activities for the local community, said its minister, Datuk Seri Nancy Shukri.

Citing the Tapadung Cave, located in Ulu Sungai Segama, she said, it had its own attractions and capable of attracting tourists to Lahad Datu.

“Tepadung Cave is the burial place of the ancient Idahan ethnic community. Inside the cave, there are almost 100 small caves that have different attractions and scenery. It is also known for the production of white bird’s nests,” she said in a statement today.

The Idahan of Sabah have long been known for their involvement in the harvesting of bird’s nests.

Nancy said among the activities that could organised in cave area were jungle trekking, visits to ancient graves, cave climbing and fishing.

“I was informed foreign tourists had camped and spent the night in the Tepadung Cave area to enjoy nature,” she added.

She expressed confidence that highlighting the elements of arts, culture and heritage of local ethnic communities such as Idahan, Dusun, as well as elements of the Cocos and Javanese communities in Segama, Lahad Datu could be a popular destination for tourists.

This, she said, could help to realise the aspirations of the National Tourism Policy 2020-2030, including placing Malaysia as the Top of The Mind Ecotourism Destination of the World.

She said MOTAC was committed to ensuring that efforts to redevelop the tourism industry were on the right track and could be achieved within the stipulated time.

2,776 Covid-19 cases, Selangor has most infections