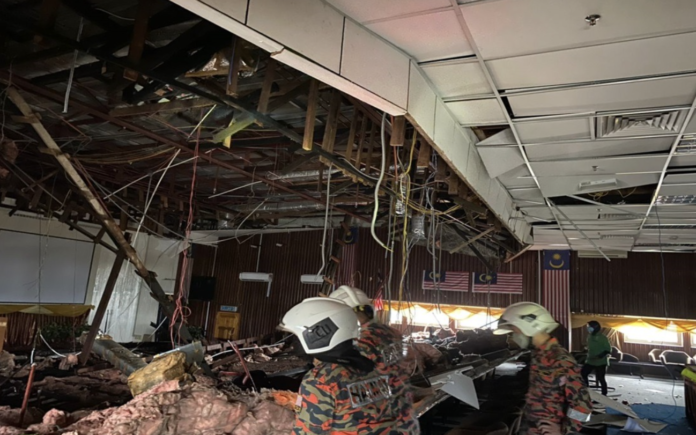 KOTA KINABALU, Jan 13  — The ceiling of the auditorium at Wisma Dang Bandang here which housed several government agencies such as the Information Department, Meteorological Department and Immigration Department collapsed in a late evening incident.

Sabah Fire and Rescue Department operations divison assistant director Misran Bisara said the department received a call on the incident at the 11th floor of the building at 3.32 pm before firemen from Kota KInabalu station rushed to the location.

“There were no casualties reported, and while firefighters conducted an inspection in the area, the building management was ordered to confirm the safety of the building structure.

“After ensuring there were no other dangers, the operation was called off at 4.18 pm,” he said when contacted here today.

Earlier, workers at the building rushed out and gathered at a safe spot when a tremor was felt on the building this evening.

A check with the Meteorological Department found no incident of earthquake reported around the state.

Reconcile and get cracking to save Sabah, says Najib