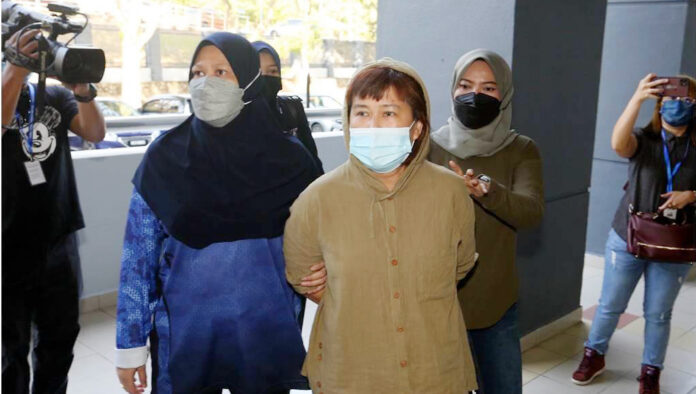 SEREMBAN, Jan 28 — A housewife was charged at the Magistrate’s Court here today with killing her husband by stabbing him to death last month.

Lau Seck Yan, 55, who contested in the Port Dickson by-election in 2018, was charged with killing her husband Poh Seng Hiap, a former accountant at their house at Rasa Kemayan Golf & Country Township here between 3.30 pm and 4.30 pm on Jan 23.

The charge, framed under Section 302 of the Penal Code, carries a death penalty upon conviction.

No plea was recorded as the accused became emotional when the charge was read out to her before Magistrate Norzaliza Tesmin.

The Magistrate then told the accused that she must talk to her lawyer if there was anything she wanted to say. The court set Feb 25 for remention.

Earlier, the woman also created commotion outside the court when she yelled and shouted nonsensically to reporters covering the case.

It was reported that the husband was found dead with two stab wounds in the chest and waist in the kitchen of their house. The couple has four children and two of them witnessed the incident.

FAMA puts three tonnes of Harumanis on sale at Shopee

Entrusted to manage country during tough times a great honour –...