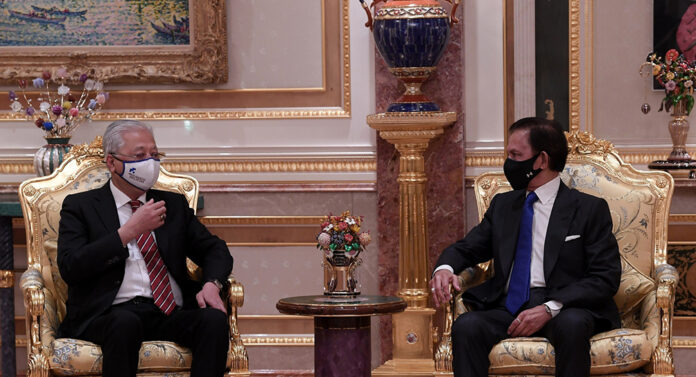 Ismail Sabri, who is accompanied by his wife, Datin Seri Muhaini Zainal Abidin, arrived at the palace at 11.10 am.

The Malaysian delegation was then feted to a luncheon hosted by the Ruler.

This is his first visit to Brunei after being appointed as Malaysia’s ninth Prime Minister in August last year.

URUS to give interest exemption for three months, smaller instalments for...