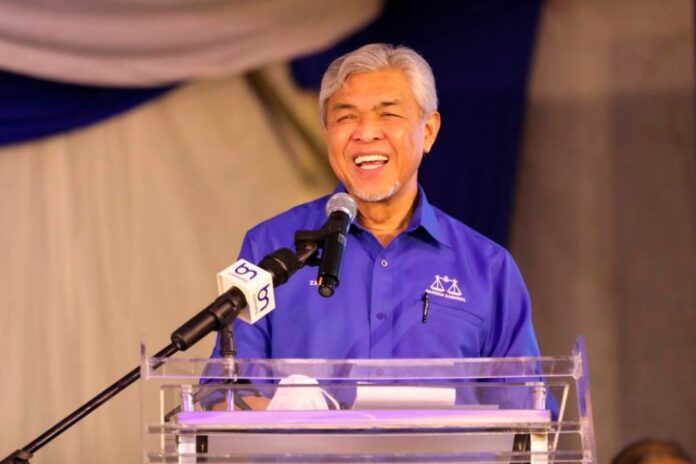 JOHOR BAHRU,  Feb 16 — Barisan Nasional (BN) chairman Datuk Seri Dr Ahmad Zahid Hamidi reminded the young voters that parties in the coalition were evergreen, and had never failed or misunderstood the aspirations of  the young people.

In a post on his official Facebook, he stated that BN remained relevant since 1973 and that it was important for the young voters in the Johor state election, to be held this March 12, to know it.

”Young” is  not about the age of the parties, but policies and agendums that will benefit the young and the old, he said.

The UMNO president said BN is a solid, strong, consistent and sustainable coalition compared to other coalitions parties and BN’s formation as  a coalition of political parties in serving the people had never been forsaken and it radiated with the country’s stability under its administration.

The Bagan Datuk Member of Parliament said the young voters should be made aware of the matter so that they would not to be confused withe use of the “young” terminology in politics.

Ahmad Zahid said BN comprised a combination of old and new leaders with vast experience and  knowledge, as well as fresh and new ideas and inspiration, thus elevated the interests of the people ccovering all levels of society regardless of race, religion, age and gender.

The Election Commission (EC) has set March 12 as polling day with nomination day on Feb 26  and early voting on March 8.

51 out of 984 AEFI booster shot reports classified as serious...