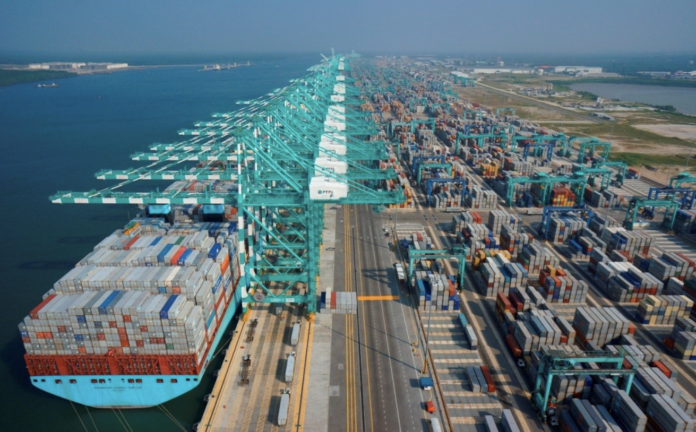 He said Port Klang would increase its capacity by 60 per cent to 32 million twenty-foot equivalent units (TEUs) annually by 2040 while PTP would have its current capacity increased by 3.5 million TEUs by 2025.

Wee said this was to support the growth recorded by the Malaysian ports, which had registered an average trade growth of three per cent in compounded cargo throughput over the last decade.

“In 2020, global volumes fell less dramatically than expected and the industry was seeing a rebound by the end of the same year.

“Port Klang, for example, recorded a smaller-than-anticipated decline of 2.5 per cent in container throughput to 13.2 million TEUs but in 2021, volume rebounded by 3.6 per cent to a record 13.7 million TEUs, being the best performance to date since container operations began in 1973,” he said in his keynote address at the 19th ASEAN Ports and Shipping Exhibition and Conference 2022 here today.

Wee also said that PTP in Johor also performed magnificently with a 14 per cent increase in volume to achieve a record throughput of 11.2 million TEUs last year.

Meanwhile, he noted that the technologies had spurred the rise of online commerce, transforming consumer shopping habits and spending patterns all over the world including Malaysia.

According to him, the growth in online trade has increased the demand for distribution and warehousing facilities that are digitally enabled and offer value-added services.

In response, initiatives such as the Digital Free Trade Zone, which targets to intensify export and import via e-commerce, would further drive growth, he said.

Other than that, he said, the government had taken cognisance of the risks of climate change and had introduced many green initiatives for the various sectors of the economy, including the maritime sector.

Malaysia as a Flag State, Port State and Coastal State have ratified 26 of the 58 International Maritime Organisation’s (IMO) conventions to ensure safe and secure shipping with protection of the marine environment being a major priority.

“In line with our target under the 12th Malaysia Plan to reduce greenhouse gas emissions by 45 per cent of Gross Domestic Product (GDP) by 2030, Malaysia is also participating in the IMO’s GreenVoyage2050 Project to help developing countries meet their commitments in achieving climate change and energy efficiency goals by bringing about radical changes to shipping operations and ship engine designs for energy efficiency,” he said.

The Malaysian maritime industry contributes about 40 per cent to the country’s GDP and more than 90 per cent of Malaysia’s trade is seaborne.