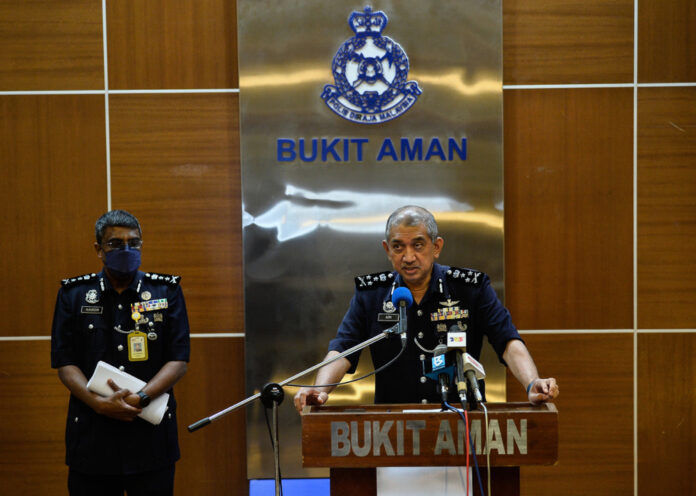 KUALA LUMPUR, March 6 — The Royal Malaysia Police (PDRM) will conduct integrity testing to evaluate the level of integrity or compliance of its officers and personnel working in the field especially involving hot spot assignments to combat corruption.

He said among the hot spot assignments are the manning of roadblocks, patrol car, motorcycle patrol unit  and investigating officer.

“The implementation of the integrity testing helps in eliminating opportunities and the chance for corruption to occur among police personnel and officers besides increasing public confidence towards the police.

“In our effort to eliminate corruption, JIPS will also empower its discipline and drug control system (SKDD) which was introduced in 1979,” he told Bernama recently.

SKDD is a systematic regulatory and supervisory instrument to monitor lifestyle, property ownership and negative activities including drug abuse, corruption, gambling, vice and any breach of the code of conduct.

Azri said in line with the effort, JIPS will monitor the implementation of SKDD to ensure that every member of the police force avoids negative activities.

“Efforts to tackle corruption involve strengthening the integrity of police personnel through development, prevention and rehabilitation.

“JIPS wants police officers and personnel to stay away from corruption not out of fear of the legal action and regulations but because of self-awareness,” he added.

Azri said JIPS also emphasised on courses, in-service trainings as well as continuous spiritual programmes to every level of the police force, either the frontliners or the decision-making officers.