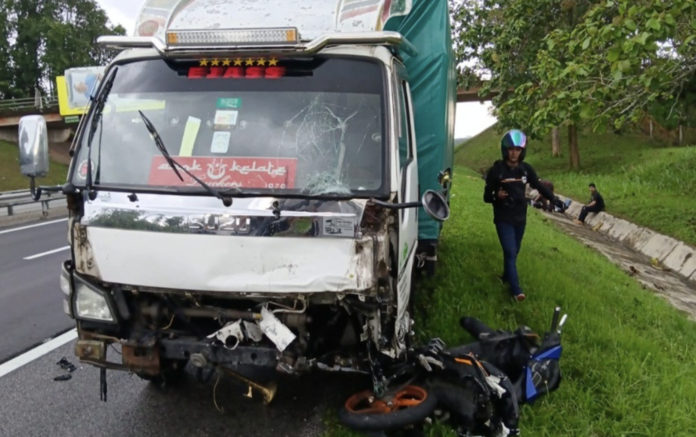 ALOR SETAR, March 7 — Two people were killed, six were injured while three others escaped unhurt in a crash involving a lorry and nine motorcycles under the flyover at KM 92.8 of the North-South Expressway (southbound) near Sungai Petani today.

“Suddenly, a lorry in the left lane with two 28-year-old men on board ploughed into them from behind,” he said in a statement tonight.

The lorry driver and his attendant were among the three who did not get injured, he added.

“The two bodies were taken to the Forensic Unit of the Sultan Abdul Halim Hospital (HSAH) for post mortem after COVID-19 screenings. All the injured victims were also sent to the same hospital for treatment.

“The lorry driver and his attendant were detained and a remand order will be made tomorrow. Urine and alcohol tests on them proved negative,” he said, adding that the case was being investigated under Section 41(1) of the Road Transport Act 1987.