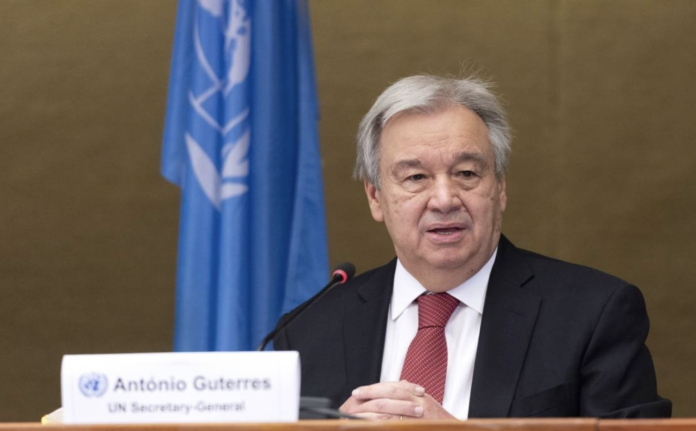 “Today’s attack on a hospital in Mariupol, Ukraine, where maternity and children’s wards are located, is horrific,” Guterres said on Twitter, according to Anadolu Agency.

“Civilians are paying the highest price for a war that has nothing to do with them,” he said. “This senseless violence must stop. End the bloodshed now.”

The Mariupol City Council said Russian forces dropped several bombs and shared a photo on its Telegram channel of the site where one of them was dropped.

“Mariupol. Direct strike of Russian troops at the maternity hospital. People, children are under the wreckage. Atrocity! How much longer will the world be an accomplice ignoring terror? Close the sky right now! Stop the killings! You have power, but you seem to be losing humanity,” it also reported Ukraine’s President Volodymyr Zelenskyy said in a post on Telegram.

No casualties have been reported so far.

At least 516 civilians have been killed and 908 others injured in Ukraine since Russia launched the war against its neighbor, according to UN figures, with the real toll feared to be higher.

More than 2.1 million people have fled Ukraine to neighboring countries, according to the UN Refugee Agency.