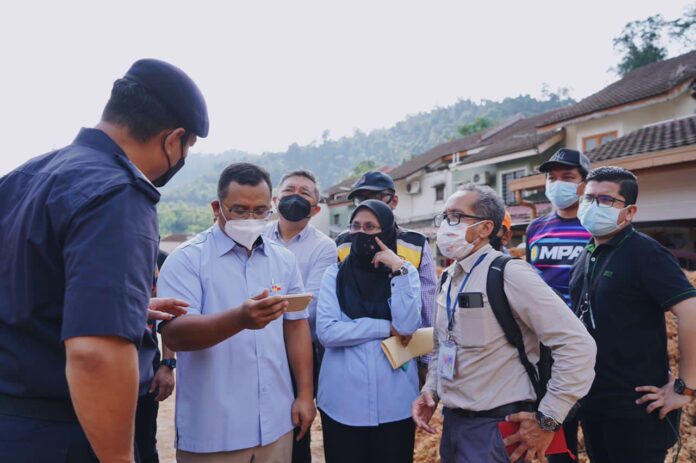 Bernama’s check at the location found that the area was still under the control of the authorities.

The landslide, which occurred yesterday evening, claimed four lives, while another victim escaped with minor injuries.

The SAR operation for the five victims began as soon as nine firemen from the Pandan Fire and Rescue station arrived at the scene after receiving a distress call at 5.54 pm and ended at 2 am today after the last victim was found.