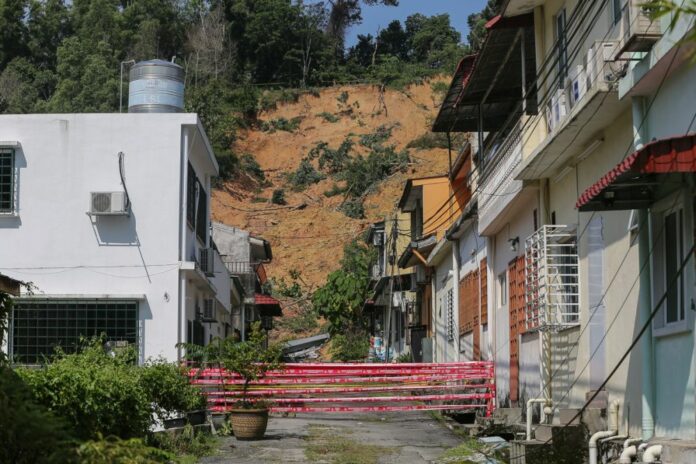 Ampang Jaya district police chief ACP Mohamad Farouk Eshak said the movement was detected at 7 pm but did not involve casualties or destruction to properties.

“Taman Bukit Permai 1 is located on top of the hill which is near to the location where the first landslide occurred.

“We are worried that this latest landslide will affect the row of houses in the area. So we advised them to move out.

“We will continue to monitor the situation from time to time,” he said when contacted by Bernama.

Mohamad Farouk said police decided to order the residents to vacate their homes when the Minerals and Geoscience Department Malaysia (JMG) confirmed that the ground was unstable and could affect the safety of residents in the vicinity.