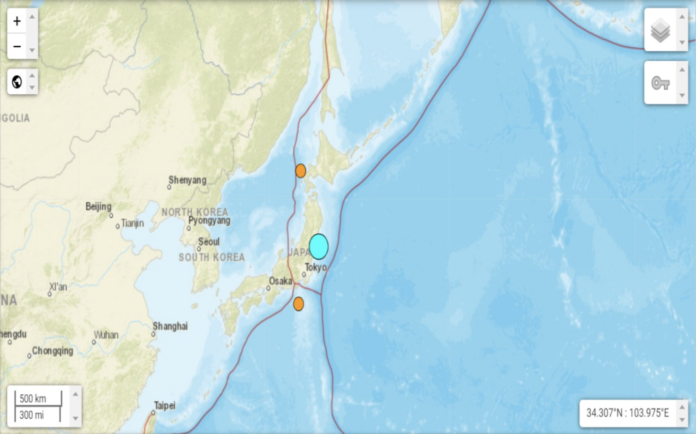 As of 6.30 am local time on Thursday, a total of 92 people were reported injured in seven prefectures including Miyagi and Fukushima, where the quake was registered at magnitude 7.4, according to the Fire and Disaster Management Agency, Xinhua reported.

Strong shaking was felt in the country’s northeastern and eastern areas, especially in Miyagi and Fukushima Prefectures where the quake was logged six upper on the Japanese seismic intensity scale which peaks at seven.

A tsunami warning of up to 1 metre was issued to coastal areas in the Miyagi and Fukushima Prefectures, with residents urged to stay away from the coast.

Part of the Tohoku Shinkansen bullet train service was suspended Thursday morning after the earthquake derailed a bullet train.