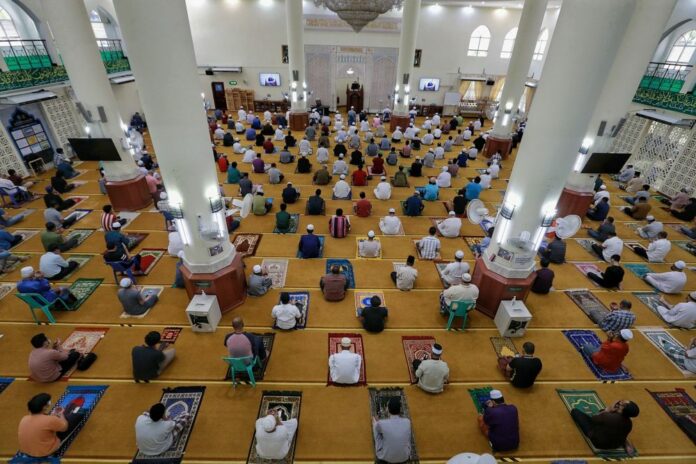 JAWI director Datuk Mohd Ajib Ismail said the matter is among six new rulings that have received the consent of the Yang di-Pertuan Agong Al-Sultan Abdullah Al-Mustafa Billah Shah, apart from being based on the existing guidelines and standard operating procedures (SOPs) for activities at mosques and surau.

Congregants are encouraged to bring and use their own prayer mats when performing prayers at mosques and surau, he said in a statement today.

Attendance to mosques and surau is allowed without the age limit for those who have received the COVID-19 vaccination.

“Mosques and surau are allowed to perform Tarawih prayers up to 20 rakaat (unit of prayer) in the month of Ramadan. While Qiamullail (the act of worship during the last part of the night) is allowed to be held from midnight,” he said.

He added that breaking fast, moreh (supper) after Tarawih prayers and sahur (pre-dawn meal) are also allowed in mosques and surau and food is encouraged to be prepared in packages.

Tadarus (reciting) Quran activities in mosques and surau are also allowed at any suitable time and in small groups.

“All permissions are subject to the SOPs set in accordance with the advice of the Ministry of Health and the National Security Council.

“With this development, it is hoped that more congregants can enliven mosques and surau in the Federal Territories and continue to pray for the spread of COVID-19 to be stopped immediately and for Malaysia to continue to be protected by Allah,” he said.

Call for Malaysians to apply for AYUSH Scholarship Scheme