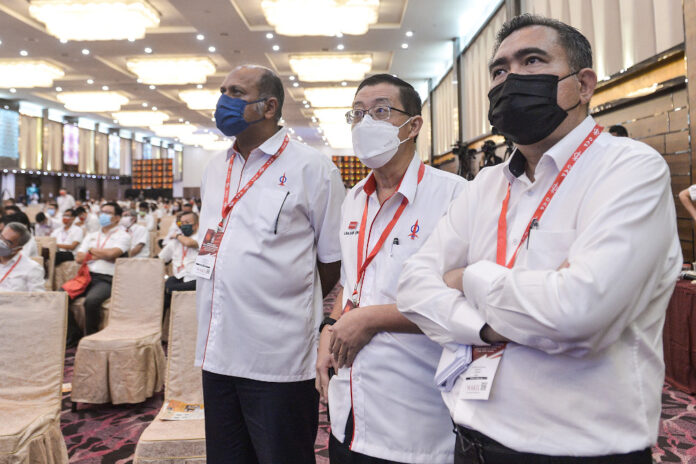 Loke, who was previously the party’s national organising secretary, replaces Guan Eng who could not be re-elected to the post as the party’s constitution only allowed a person to be secretary-general for a maximum of three terms.

The former transport minister was earlier elected to the CEC Central Executive Committee (CEC) after garnering 1,625 votes, while Guan Eng got 1,311 votes.

The decision was announced by the Speaker of the 17th DAP National Congress, Chiew Chiu Sing, at a press conference following the meeting.

A total of 2,179 delegates attended the one-day congress held physically at the Ideal Convention Center (IDCC) in Shah Alam, and they voted in 30 CEC members for the 2022-2025 term.

The CEC members then elect party office bearers, including the post of secretary-general.

Earlier, DAP veteran Lim Kit Siang, 81, withdrew from contesting in the party’s election this time after announcing his retirement from politics after 56 years.

Apart from that, Chiew also announced the appointment of Kit Siang as the party’s mentor, former chairman Tan Kok Wai as an adviser, and Nga Kor Ming as the DAP parliamentary leader.

Meanwhile, Loke at the same press conference conveyed his appreciation to all CEC members who expressed their confidence in him to lead the party for the next three years.

“As the new secretary-general, I want to bring an inclusive approach so that every leader plays a role in strengthening and uniting the party towards a new era of glory.

“This is the beginning of the ‘3G ’or third generation. The first generation was of  Lim Kit Siang, the second generation Lim Guan Eng, who is still at the CEC to lead us and has given room to 3G leaders like me, Gobind, Steven Sim and others to jointly lead the party through the challenges that lie ahead,” he said.

He said the new committee would hold a meeting in the near future to appoint other leaders who did not have the opportunity to be members of the CEC, into positions in various party bureaus.

Village in Sabah, 9 prisons in peninsula to go under lock...