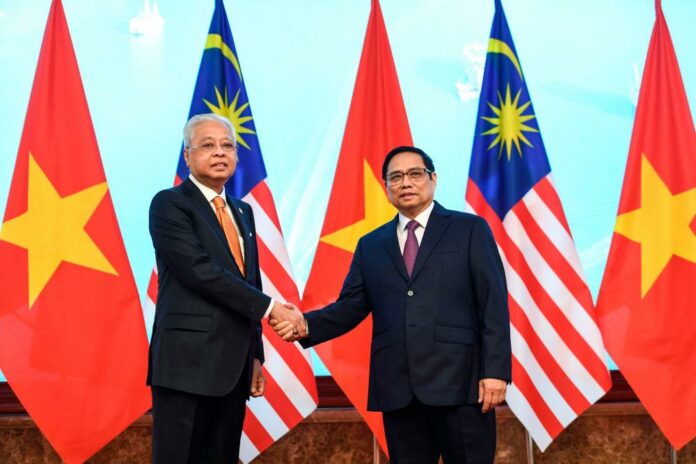 The prime minister said this is because Vietnam used vaccines approved by the World Health Organisation (WHO) and had also recognised Malaysia’s vaccination certificate.

He pointed out that Vietnam had opened its borders on March 15 while Malaysia had decided to open the country’s borders on April 1.

“As such, I have put forward several new initiatives of cooperation, apart from bringing existing cooperation to a higher level.

“During my meeting with the Vietnamese Prime Minister (Pham Minh Chinh), I informed him that Malaysia has agreed to recognise Vietnam’s vaccination certificate,” he told a press conference for Malaysian journalists today on the outcome of his two-day official visit to Vietnam which ended yesterday.

“The integration of these two apps will facilitate travel, especially through the gateways of the two countries. This means the people of Vietnam can use their app to enter our country, and we can use MySejahtera in Vietnam.

“This will definitely promote tourism between the two countries,” he said, adding that his visit has strengthened bilateral cooperation in various fields, including economy, investment and tourism.

As part of efforts to boost strategic partnerships between Malaysia and Vietnam, he had outlined comprehensive approaches involving bilateral government, business and people ties.

He said his meetings with four Vietnamese leaders clearly showed that both Malaysia and Vietnam remained very committed in implementing comprehensive cooperation under the Plan of Action (POA) 2021-2025 for Implementation of Malaysia-Vietnam Strategic Partnership.

Ismail Sabri also said he had proposed that both countries organise programmes to celebrate the golden jubilee of the establishment of diplomatic relations between them.

“I also suggested high-level exchanges in conjunction with the 50th anniversary celebration. This will start with the state visit of Vietnam President Nguyen Xuan Phuc to Malaysia this year,” he said, adding that his suggestions were well received by the Vietnamese leaders.

Ismail Sabri spoke fully in Bahasa Melayu at all the meetings and it was translated into English.

The prime minister, who was making his maiden visit to Vietnam at the invitation of Chinh, was scheduled to depart for home this afternoon.