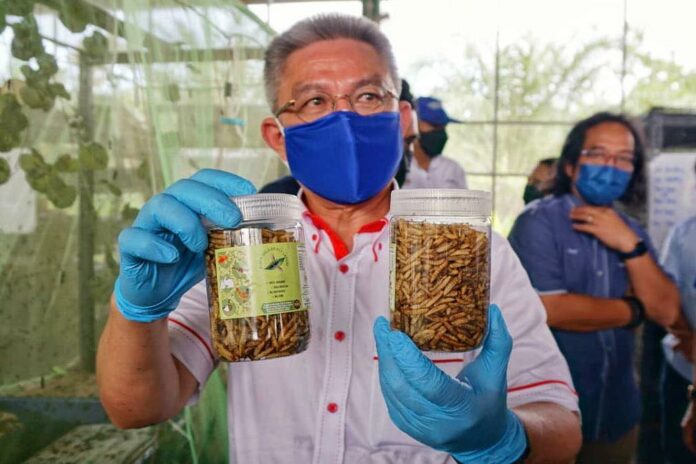 MUAR, March 28 — The Black Soldier Fly (BSF) larvae is expected to be an alternative food source for livestock, and a breeding project focused on the larvae is capable of being a game changer and overcome the dependence on imported animal feed.

Science, Technology and Innovation Minister Datuk Seri Dr Adham Baba said the project, under the Keluarga Malaysia Bioremedial Programme, can reduce the burden of livestock industry operators who currently are dealing with the rising price of animal feed.

He also said the production of the fly larvae can reduce the agricultural and domestic waste management problems in the country.

“We are motivated by the rising costs of animal feed that relies on a large amount of imported ingredients.

“By the production of this larvae, we can produce raw material for protein that can be produced in adequate amounts to control the production and price of livestock feed,” he told reporters after the launch of the Keluarga Malaysia Bioremedial Programme at Kampung Sungai Sudah Muar here today.

“For instance, goat feed was around RM52 for every 50 kilogrammes in March last year but now it has risen to around RM64 for the same amount,” he said.

He said his ministry played an important role in consolidating agrofood technology research for livestock feed formulation production as alternative sources of protein.

“I hope the potential of the larvae breeding programme can be explored and developed aggressively to generate income, preserve the environment and create a more sustainable waste management system,” he added.

Sabah BN ready to reduce its allocation of parliamentary seats in...