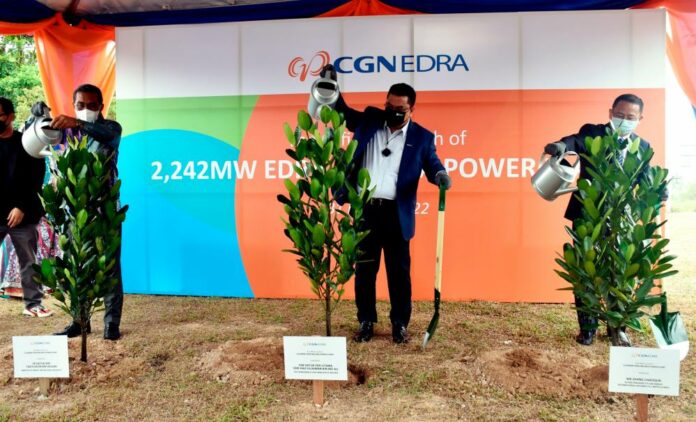 ALOR GAJAH, March 31 — The government does not export the renewable energy it produces, but instead uses it to attract more investors to the country, said Energy and Natural Resources Minister Datuk Seri Takiyuddin Hassan.

He said renewable energy was a top choice of a majority of foreign investors, especially those who chose to apply green technology in their industrial operations or investments.

“Until now, the use of renewable energy has reached 25 per cent compared with its target, which has been set at 31 per cent by 2025,” he told reporters after the opening ceremony of the Edra Melaka Power Plant (EMPP) here today.

Takiyuddin said the government also emphasised the balance in the energy trilemma, namely the elements of security, affordability and sustainability, which were the main pillars in electricity generation planning implemented in peninsular Malaysia.

In the meantime, he said electricity generation from cleaner sources would be implemented through the operation of several cycle gas turbine power stations, such as EMPP, as well as several renewable energy projects throughout the peninsula which would be developed in stages.

Earlier, he said EMPP was one of the main projects listed in the Peninsular Malaysia Generation Development Plan 2020 (2021-2039), aimed at meeting the country’s needs for safe, clean and secure energy.

“EMPP’s success in reaching this commercial operation date is timely, especially now that the Malaysian economy is in the process of recovery following the COVID-19 pandemic, thus strengthening the stability of electricity supply in the peninsula and helping to stimulate economic development.

“It also signifies the readiness and confidence of investors from within and outside the country towards Malaysia’s strong and competitive basic facilities and infrastructure,” he said.

EMPP is able to channel a total of 2,242 megawatts of electricity supply to the national grid system, thus placing Melaka in particular and Malaysia in general as the largest power station base in Southeast Asia.