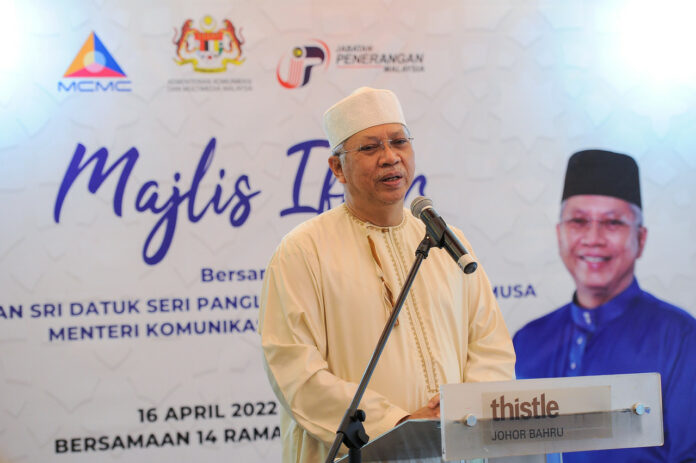 According to him, the suggestion was made following the decision of the UMNO Supreme Council (SC) to nominate Ismail Sabri as the Prime Minister (PM) for the 15th General Election (GE15).

Speaking to reporters at a breaking of fast ceremony with the Keluarga Malaysia community at the Thistle Hotel, Johor Bahru today, the Communications and Multimedia Minister hoped the matter would not be turned into a polemic.

“It’s just an opinion, and the important thing is that we welcome what the Supreme Council has decided … it’s a proactive and good step forward that allows the Prime Minister to further strengthen the position of the party as well as of the government.

“That (proposal) was just my view as a Member of Parliament and also the head of the division… whether it can be implemented or not is up to the decision of the Supreme Council. What’s important is once the party has made a decision, we as members must abide by the party,” he said.

Yesterday, Annuar was reported to have said that it was time for Ismail Sabri to be appointed as Barisan Nasional (BN) chairman and BN’s election director for GE15.

As the Prime Minister candidate, he said Ismail Sabri should be given as much space as possible to set up a new administration that could bring a new political order to the country that was fresher, cleaner, and with integrity to restore confidence.

Former Chinese President Jiang Zemin has died at age of 96

Not mandatory to do RTK-Ag test on arrival at airports, says...