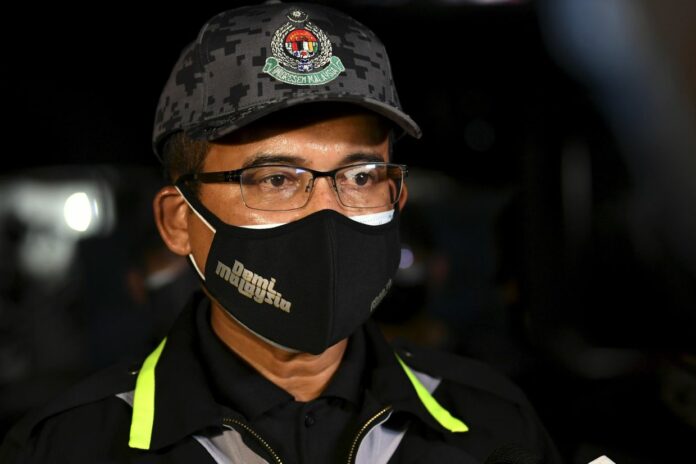 KUALA LUMPUR, April 28 — Several Rohingya detainees who escaped from the Sungai Bakap Immigration Detention Depot near the state border of Kedah and Penang last week have been sighted in Selayang here, according to Immigration director-general Datuk Seri Khairul Dzaimee Daud.

He said efforts were being done with the cooperation of the Royal Malaysia Police to ascertain their exact current location.

He said most of the detainees who were still at large were believed to be street smart, especially in areas in Penang and Kuala Lumpur, as they had worked and resided here before.

“The locals may not help them, but there was a high probability they had gotten help from their own community here,” he told reporters after leading the Immigration raids on Selayang and Kuala Lumpur Wholesale Markets here today.

There are 61 Rohingya detainees still at large, he said.

In the mass breakout on April 20, a total of 528 Rohingya detainees escaped from the depot after staging a protest, and six of them were killed after being hit by cars while crossing the North-South Expressway.

On the raids on the wholesale markets, Khairul Dzaimee said 248 illegal immigrants were detained during the raids which were mounted following public complaints about the illegal immigrants’ operating shops and stalls by the roadside near the markets.

He said those detained comprised 205 men and 43 women.

“Of the total, 109 were United Nations High Commissioner for Refugees (UNHCR) cardholders, while 139 others did not have any valid document, comprising Pakistan, India, Myanmar, Indonesia and Bangladesh nationals,” he said.

Khairul Dzaimee said the Immigration Department had also detected three Pakistan nationals who were in possession of UNHCR cards despite the country not being listed as users.

“Initial investigation found that the cards were authentic. We will carry out further investigation on how the three Pakistan nationals could possess that cards,” he added.

Over 800,000 civil servants to contribute to COVID fund