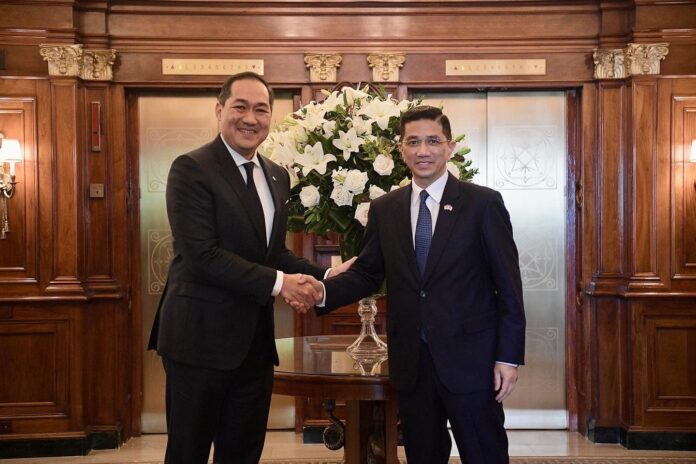 WASHINGTON DC, May 12 — Malaysia is now on the same page more than ever with Indonesia, that it is time to strongly advance the unity and strength of ASEAN centrality in light of the global uncertainties, says Senior Minister of International Trade and Industry Datuk Seri Mohamed Azmin Ali.

On his twitter, Azmin said after having a spirited and most engaging bilateral meeting with Indonesian Trade Minister Muhammad Lutfi on the sideline of the US-ASEAN Special Summit on Thursday, both concurred on the significance of keeping the ASEAN voice heard, at international discourses held in plurilateral and multilateral platforms.

“On the United States President Joe Biden-led Indo-Pacific Economic Framework (IPEF), we share similar positions that the initiative should be inclusive in nature, not the least being the imperative of upholding ASEAN centrality,” he tweeted.

Azmin said to further deliberate on the strategic matters, as well as other key related issues, Malaysia lends full support to Indonesia in hosting the ASEAN Economic Ministers’ Special Meeting in Bali on May 18, 2022.

JENDELA progressing according to schedule – Annuar

Rotation system in schools will not be additional burden for teachers...