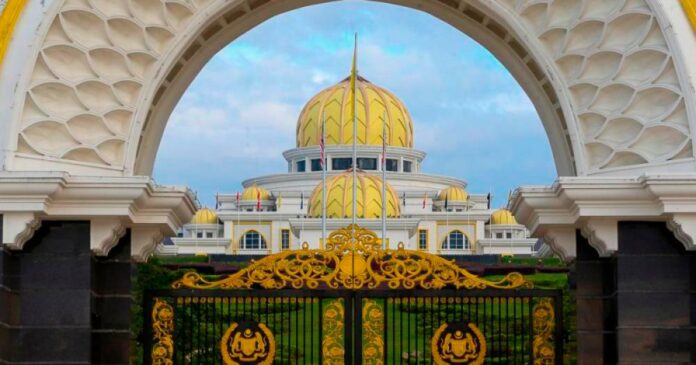 KUALA LUMPUR, May 14 — Al-Sultan Abdullah Ri’ayatuddin Al-Mustafa Billah Shah has given his consent for the personal flag of Yang di-Pertuan Agong to be flown at half-mast at Istana Negara for five consecutive days starting today.

Comptroller of the Royal Household for Istana Negara Datuk Ahmad Fadil Shamsuddin, in a statement, said this was to signify His Majesty’s mourning over the passing of the President of the United Arab Emirates (UAE) and the Ruler of Abu Dhabi, His Highness Sheikh Khalifa bin Zayed Al Nahyan yesterday.

“His Majesty also called on his subjects to pray for Sheikh Khalifa’s soul to be blessed by Allah SWT and placed among the righteous and those who do good deeds,” he said.

According to Ahmad Fadil, Al-Sultan Abdullah had contacted Abu Dhabi Crown Prince Sheikh Mohamed bin Zayed Al-Nahyan by phone yesterday to personally convey his condolences to him and his family.

Al-Sultan Abdullah and Sheikh Mohamed became friends at the Royal Sandhurst Military Academy in 1978 and 1979 and the close friendship between the two leaders has remained to this day.

Apart from that, Malaysia and UAE also have close and friendly bilateral relations at various levels, including between the leaders of the two countries and their fellow citizens.

Ahmad Fadil said His Majesty has agreed to leave for Abu Dhabi on Sunday (May 15) to join other heads of state to pay their last respects to Sheikh Khalifa.

The ceremony for paying last respects to Sheikh Khalifa is scheduled to be held for three days from today until May 16.

91.1 per cent of adolescent population in Malaysia complete COVID-19 vaccination