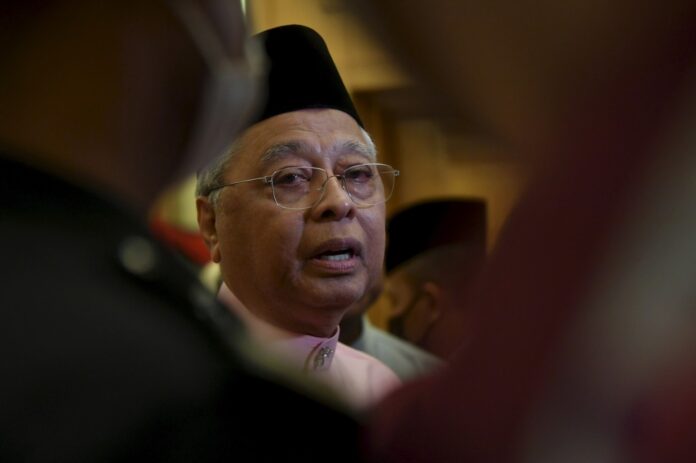 PUTRAJAYA, May 18 — The government has agreed not to impose with immediate effect, the approved permit (AP) requirement to import foodstuffs into the country, said Prime Minister Datuk Seri Ismail Sabri Yaakob.

He said this decision was reached at the Cabinet meeting chaired by him today towards ensuring sufficient food supply in the country.

“This will enable all parties to import any food items into the country,” he told reporters after attending an Aidilfitri celebration hosted by the Prime Minister’s Department (JPM) at Puspanitapuri, here.

Ismail Sabri said the Ministry of Agriculture and Food Industries (MAFI) would later announce the details on the AP matter.

“Previously, there were the APs to import beef and cattle but from today, these are no longer required and anyone can import whatever food items to ensure sufficient supply,” he added.

The media had earlier reported that Malaysia would be facing a serious food crisis if various problems such as inflation, oil price increase, extreme weather conditions, the COVID-19 pandemic and conflict between Russia and Ukraine continued.

Annually, Malaysia has been recording over RM50 billion on importing basic foodstuff such as rice at 30 per cent, beef (78 per cent), lamb (almost 90 per cent) and cabbage (60 per cent).

Ismail Sabri said he had also ordered MAFI to prepare short and long-term plans to avoid a food crisis in this country due to issues such as the Russia-Ukraine conflict.

“We know that the whole world is worried, not just us alone about the effects of the armed conflict which could cause food supply shortage.

“MAFI has also been asked to take immediate measures over the rising cost of living in this country,” he said.

The Russia-Ukraine conflict has had a worldwide impact where the inflation in several countries has risen.

On a chicken farming industry cartel reportedly planning to close their farms this weekend in protest against the delay of the subsidy payment of 60 sen on the chicken price, the prime minister said a certain procedure had reportedly caused the delay, so he had asked MAFI to speed up the payment.

The closure of the farms will not only drive the chicken market price up but consumers will also be struggling to get the rationed chicken supply while the business operations of the suppliers will also be adversely affected.

Malaysians allowed to travel abroad without MyTravelPass from Monday

Triso tragedy: Do not share photos, videos of incident on social...