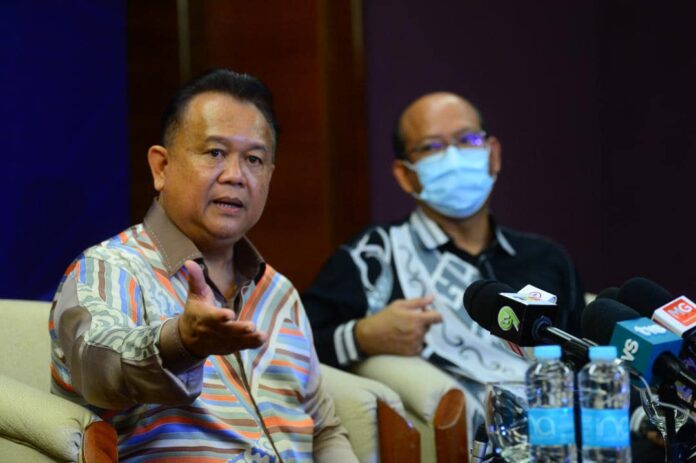 PUTRAJAYA, May 19 — The Ministry of Domestic Trade and Consumer Affairs has denied the allegations that a group of poultry industry cartels are planning to close poultry farms on Saturday and Sunday, a move that will affect the supply of chicken.

Its Minister, Datuk Seri Alexander Nanta Linggi said he was informed that only one livestock farm company in Melaka would be closed for two days, adding that the closure would not affect chicken supply in the market.

“We have received an explanation letter from the company. The explanation given does not describe it as a cartel aiming to gain excessive profits.

“Although (it is) a big company, we have ensured that the two-day closure does not affect the supply of chicken in the market,” he said during a press conference after launching the logo for subsidised and controlled goods at his ministry here today.

The media reported that a group of poultry industry cartels had planned to close farms for two days to protest against the government’s delay in subsidy payment.

According to the report, the closure will raise the prices of chicken, cause difficulties for consumers as well as affect the business operations of suppliers.

Asked about the reasons for the closure, Nanta said the company informed it had to close their farm as the chickens that they produced did not meet the standard requirements to allow them to be marketed.

“They do not want to supply small size chickens as later this action will cause problems and give a (wrong) perception to consumers.

“(The livestock company) also wants to protect their name as a chicken producer, if the chicken weight is not the usual weight, it will cause other problems,” he said.

Meanwhile, Nanta said that the team set up by the Malaysian Competition Commission (MyCC) to investigate the poultry industry is expected to present their findings in July, adding that he hoped by then they would have a decision and specific measures to tackle issues such as the chicken cartels.

On the claim that chicken traders in Johor are imposing service fees for cutting up chickens, Nanta said the ministry would investigate the issue further.

“We will monitor so that no one takes the opportunity to impose unreasonable charges,” he said.

On the logo launch today, Nanta said the logo will make it easier for subsidised and controlled goods to be detected in market circulation to avoid the products from being misappropriated by irresponsible parties.

Bill on party-hopping finalised, tabling in Parliament on July 18