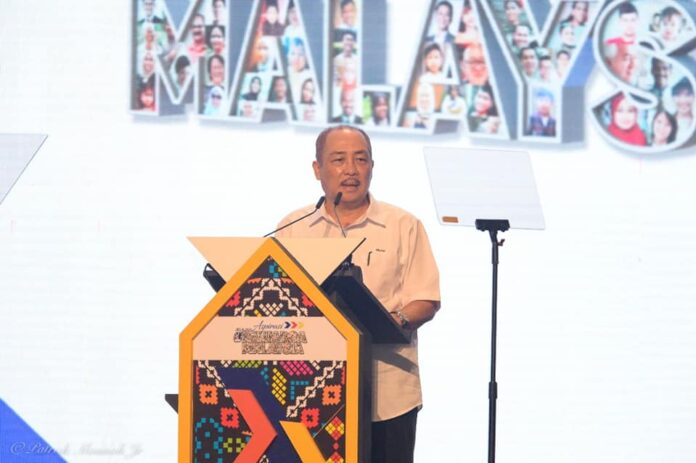 KOTA KINABALU, May 20 — Sabah Chief Minister Datuk Seri Hajiji Noor hopes the federal special grant will be increased further to allow more people-oriented initiatives to be implemented in the state.

Hajiji said he was confident that the Malaysian Family approach taken by Prime Minister Datuk Seri Ismail Sabri Yaakob could be the best formula to address the legacy issues between Sabah and the federation of Malaysia.

“Today I would like to inform the Prime Minister that with the additional state revenue  earned through the increase in special grant from RM26.7 million to RM125.6 million, we will return them directly to the people.

“The funds will be utilised to build 1,500 Rumah Mesra Sabah Maju Jaya (SMJ)  houses in all 73 state constituencies.

“Rumah Mesra SMJ is a new initiative under the SMJ Roadmap which is similar to the PPRT (Hardcore Poor People’s Housing Project) concept,” he said in his speech at the Sabah edition of the Malaysian Family Aspirations  (AKM) tour launched by the Prime Minister at the Sabah International Convention Centre here.

Hajiji said the Federal government’s continued commitment to resolve issues related to the Malaysia Agreement 1963 was highly appreciated by the state government.

“We have started to achieve so much progress, most recently was the understanding achieved between the two parties on April 14 which led to the first step in resolving the review of the special grant rate  under Article 112D of the Federal Constitution,” he said.

Meanwhile, Hajiji said the AKM tour is the best way to ensure that the people have access to information to gain further benefit from government policies, initiatives and programmes.

Hajiji also proposed for a state-federal collaboration to integrate both the AKM Tour and Hala Tuju SMJ programmes at the grassroots level in Sabah, adding that this could be a mini carnival kind of event held at each division or district in stages.

“Such programmes are important as they could highlight and promote the agenda of both governments to a broader audience at the grassroots level,” he added.