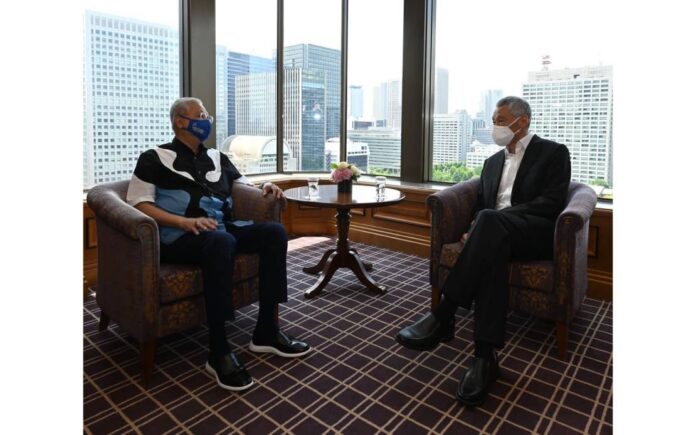 TOKYO, May 25 — Prime Minister Datuk Seri Ismail Sabri Yaakob met with Singapore Prime Minister Lee Hsien Loong here on Wednesday while both the leaders are in Japan for   the Nikkei’s 27th International Conference on the Future of Asia.

The two leaders met  in a relaxed atmosphere at a hotel where they both stayed, and among the things discussed were on a retreat between the Malaysian and Singaporean leaders.

“We talked about the retreat between Malaysia and Singapore. Singapore will be the host this year and among the matters discussed was on the date,” Ismail Sabri told the Malaysian media after the half-hour meeting.

According to Ismail Sabri, the retreat is proposed to be held in late September or early October. a.

Ismail Sabri and Lee are scheduled to deliver their keynote address at the Nikkei conference along with several other heads of government on Thursday morning.

The Nikkei Conference, held since 1995, is an annual gathering of political and economic leaders as well as industry leaders from the Asia Pacific region.