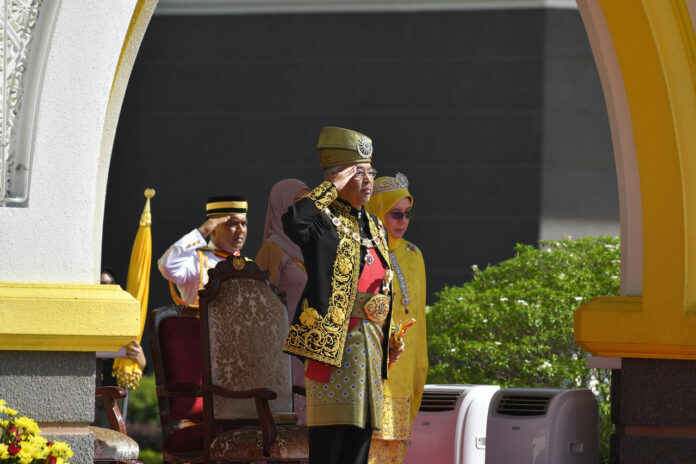 His Majesty also decreed that a long-term plan be drawn up to strengthen food security and ensure the cost of living is at an appropriate level.

“I hope that my government and leaders at all levels address the survival problems that plague some of my subjects, including the high cost of living as well as rising industrial and food commodity prices.

“My advice is, don’t let there be seeds of dispute when every time the country is faced with food security problems and the rising cost of living. We should all focus on helping to restore the welfare of the people.

“An attitude such as ‘bila sudah merah, kapur salahkan kunyit dan kunyit salahkan kapur’ (blaming each other when the thing goes wrong) will not be able to help and defend the fate of my subjects who are facing various challenges,” said His Majesty when gracing the investiture ceremony of federal awards and honours held in conjunction with his official birthday celebration at Istana Negara in Kuala Lumpur.

His Majesty also praised the initiatives to strengthen social protection implemented by the government, including the Keluarga Malaysia hardcore poverty eradication programme.

The King expressed high hopes that the programme can achieve its target of eliminating the hardcore poor by 2025.

“Leaders are the backbone of the people’s hopes. The people’s happiness and hardship are the reflections that must be borne by every leader,” he said.

His Majesty, in his royal address, thanked all members of the administration, civil servants, members of the security forces and healthcare workers who have given their devotion to the country.

Al-Sultan Abdullah advised the people to continue to practice personal healthcare to create a conducive and safe environment.

His Majesty also congratulated the 1,021 recipients of federal awards, honours and medals this year and hoped that the award would inject a new spirit to continue to serve the community and the country.

“I and the Raja Permaisuri Agong pray that Malaysia and my beloved subjects will always be under the protection and grace of Allah as well as peaceful, prosperous and united under His protection,” he said.

Police to begin investigation after missing divers recover from ordeal