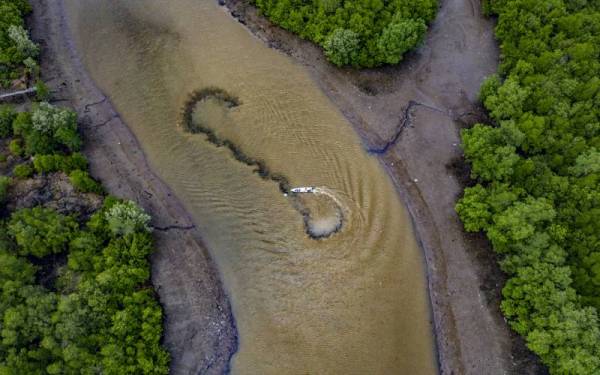 KUCHING, June 23 (bernama) — The Sarawak Delta, located in the southern part of the state, has been recognised as the sixth national geopark under the National Geopark Development Programme.

Energy and Natural Resources Minister Datuk Seri Takiyuddin Hassan said the recognition was made on June 20 during the National Geopark Committee Meeting No. 1 of 2022.

He said the recognition was another achievement of the country, particularly the state government and local authorities, in the preservation of nature and sustainable management of areas of national importance that have geosite with extraordinary values.

“The ministry believes that the close cooperation between the federal and the Sarawak governments can ensure that the national geopark is well managed.

“In addition, continuous efforts to improve the socio-economic status of the local community, especially those living around the National Geopark region can be implemented more effectively through the involvement of local communities in various activities and geopark development programmes,” he said in a statement today.

Visitors to the geopark will be able to see unique landscapes, from carbon to resin; rich biodiversity with endemic species in Borneo such as Orangutan, proboscis monkey and fairy rock gecko; as well as the richness of cultural heritage in the forms of architecture, musical instruments and food, from the existing multicultural society.

China’s population will stay above 1.4 bln “for a certain period”:...