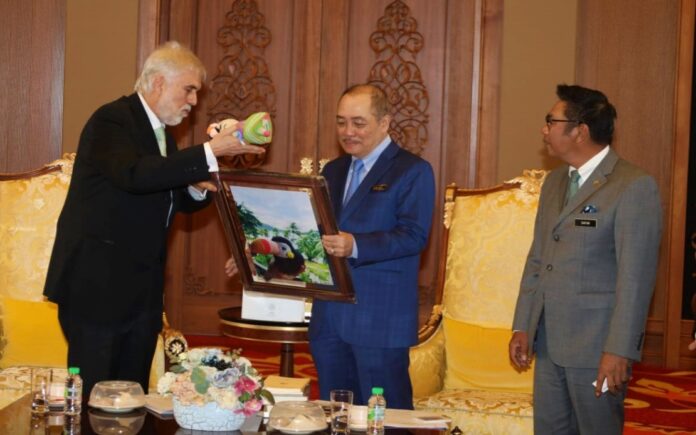 KOTA KINABALU, June 23 — Mexican ambassador to Malaysia Edmundo Font had proposed the possibility of making Kota Kinabalu a sister city of Acapulco to help build up trade relations between Sabah and Mexico.

This was Font’s first visit to the state since being appointed as the Mexican envoy to Malaysia last  November.

Hajiji said Font found both cities similar in terms of landscapes, hence the idea was worth exploring for Acapulco, a seaport city located on the Pacific coast of Mexico and one of the oldest coastal tourist destinations in the country.

He said the ambassador also told him that a Mexican scientist Dr Milena Salgado Lynn had also been contributing to studies at the Danau Girang Field Centre and the Wildlife Health, Genetic and Forensic Laboratory at the Sabah Wildlife Department.

As such, Hajiji said Sabah welcomed investors from Mexico to come and set up their businesses in the state.

Mexico is Malaysia’s second-largest Latin American trading partner after Brazil with a total trade of RM5.95 billion in 2021, and Malaysia’s total exports of mainly palm oil and palm oil-based agriculture products as well as natural rubber to Mexico in 2021 was RM5.03 billion.