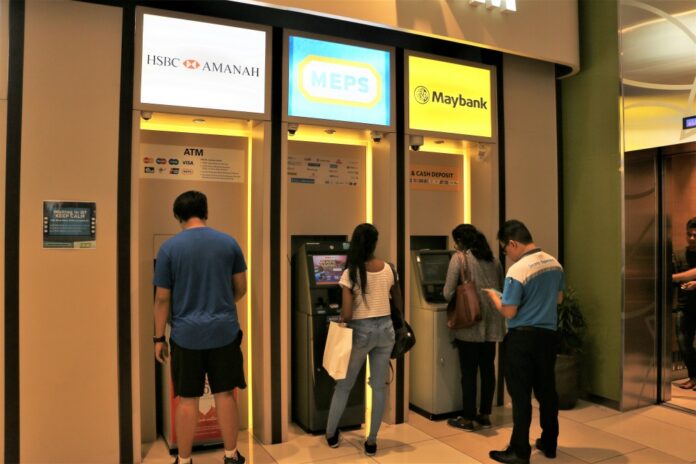 KUALA LUMPUR, June 30 — The pandemic has aggravated financial hardship for retail banking consumers in Malaysia, with one in two or 50 per cent of consumers experiencing negative impact on their income.

According to the RFI Global 2022 Post-Pandemic Consumer Banking Expectations Report, prepared for FICO, the financial impacts were also felt by even the wealthiest of Malaysians.

“Amongst the mass affluent banking customers in Malaysia, 43 per cent experienced a decrease in income due to the pandemic, with half of overall retail customers negatively impacted.

“Nearly half of the mass affluent or 46 per cent deferred loan repayments as a result, just three per cent lower than the wider retail banking market in Malaysia,” FICO said.

This disruption to income, it revealed, has left two in five affluent Malaysians saying they intend to reduce spending (40 per cent), just as 39 per cent of Malaysia’s retail banking customers plan to do.

The report also disclosed that despite the uncertain financial climate, the majority of Malaysian retail banking customers plan to maintain or boost their investments (77 per cent) with most looking to maintain or increase savings (82 per cent), and many will consider changing banking providers this year.

FICO said this increased propensity to switch lenders is highest among the mass affluent, defined as the high-end of the mass market or those with at least RM200,000 total investable asset holdings.

Top reasons cited by Malaysian respondents included a change in personal circumstances (31 per cent), consolidation of accounts to where they now have a deposit account (25 per cent), a desire for access to better investment and wealth management products and services (24 per cent), as well as a change in where payroll is deposited (21 per cent).

The report also highlighted that consumers are changing their banking behaviours, in response to the financial impact of the pandemic.

“As borrowing and spending habits contract, customers will be on the lookout for avenues to grow their wealth and boost their savings. Banks must be able to proactively identify customers’ needs, and pivot their approach to alleviate financial anxieties while ensuring their products suit customers’ affordability and funding requirements.

“Banks must understand their customers’ needs on a deeper and more granular level, or risk losing them to competitors and alternative providers.

On gravitating towards digital, the report said many Malaysian respondents (47 per cent) still consider the proximity of branches and automated teller machines (ATMs) as a top determinant for a main banking provider, however, it highlighted the importance of providing digital services.

As many as 72 per cent of APAC retail banking customers chose a financial technology product over the option to use their banks’ main services. This was highest in Malaysia (94 per cent) where customers did so as they wanted ease-of-use, time savings and easier application processes, FICO added.

This survey was conducted in 2021 by an independent research company adhering to research industry standards. Some 1,003 Malaysian adults were surveyed, along with 12,885 consumers in Australia, New Zealand, Singapore, Indonesia, India, and Thailand.