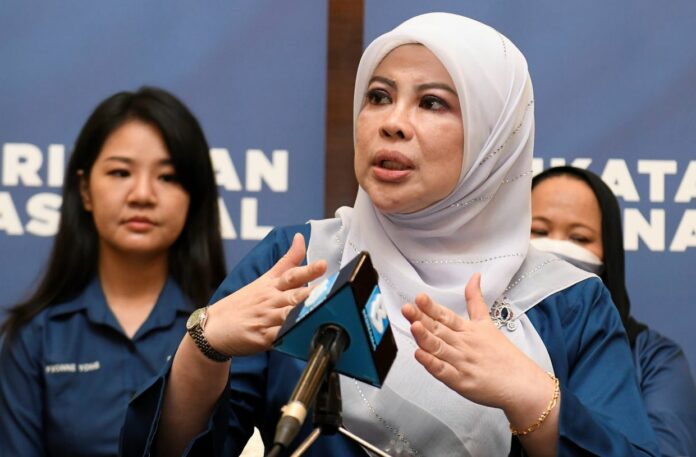 SHAH ALAM, July 17 —  The Ministry of Women, Family and Community Development (KPWKM) has given assurances that the government’s cost-saving measures will not affect the allocation of assistance through the Social Welfare Department (JKM).

Its minister Datuk Seri Rina Mohd Harun said 80 per cent of the ministry’s allocation was channelled to JKM aid recipients, and that the amount would be maintained.

“If we look at the circular (Treasury Circular) that was just released on July 14, we have already undertaken cost-saving measures such as spending prudently and prioritising what is important,” she said at a press conference after a Wanita Perikatan Nasional (PN) retreat here today.

Rina was commenting on a recent local media report saying that all ministries, departments, agencies, federal statutory bodies and companies limited by guarantees (CLBG) were instructed to implement internal austerity measures by optimising spending, to enable the savings to be channelled to the people.

Meanwhile, Rina, who is also Wanita Perikatan Nasional (PN)  chief, urged the government not to entertain any pressure to dissolve Parliament, and instead focus on addressing the issue of the cost of living.

She said Wanita PN also urged the government to study the need for the B40 group to be raised to B50 or B60 immediately and to announce a special stimulus package to help women deal with the cost of living and rising prices of goods.

Mixed emotions for staff as WTC PPV finally closes after 150...