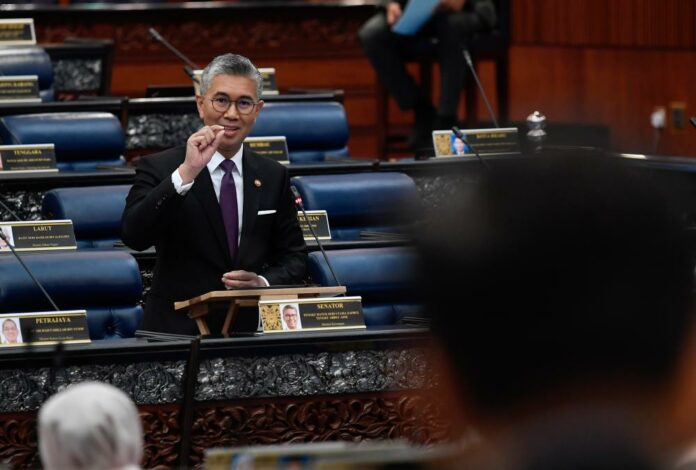 KUALA LUMPUR, July 19 — Malaysia’s economy is far stronger than Sri Lanka’s if the two countries’ economic indicators are being compared and the possibility for this country to go bankrupt like Sri Lanka is remote, Minister of Finance Tengku Datuk Seri Zafrul Tengku Abdul Aziz said.

He said the International Monetary Fund (IMF) has never stated that Malaysia is experiencing economic problems that have resulted in the country going bankrupt, instead, the international body is confident in Malaysia’s economic growth prospects.

“In April this year, the IMF has expressed confidence that the country’s gross domestic product (GDP) for 2022 will grow at a rate of 5.75 per cent,” he said during the Minister’s Question Time session at the Dewan Rakyat today.

He was responding to Datuk Seri Ahmad Maslan’s (BN-Pontian) query on whether Malaysia’s debt level was still manageable and whether the country could suffer the same fate as Sri Lanka.

“Nevertheless, the government must continue to manage the country’s finances prudently and control the level of debt in terms of affordability,” he added.