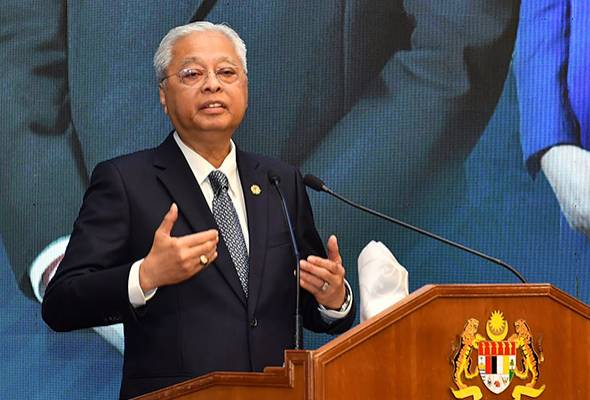 KUALA LUMPUR, July 18 — Some 10,000 to 15,000 participants are expected to join the ‘Berjalan Teguh Bersama’ programme in conjunction with the launch of the 2022 National Month and the flying of Jalur Gemilang on July 30 at Dataran Putrajaya.

“The Berjalan Teguh Bersama programme will start at Dataran Putrajaya towards the first checkpoint at the Federal Territories Ministry office, then the New Millennium Monument and the National Registration Department before ending at the Palace of Justice,” he said in the ‘Malaysia Petang Ini’ programme over BernamaTV today.

He added that various interesting activities would be held at each checkpoint of the programme.

“At each checkpoint, there will be interesting activities such as performances by Rhythm of Borneo and school bands while Upin and Ipin as well as Boboiboy mascots will be making their appearance as well as the presence of drink kiosks along the way and others, ” he said.

Hashim said the ‘Berjalan Teguh Bersama’ programme has the concept of a leisurely walk with family members, thus bringing the message of the spirit of unity and togetherness of Malaysians as Keluarga Malaysia (Malaysian Family), ” he said.

“The Prime Minister himself will also participate in the walking programme and indirectly reflect the spirit of unity of the government with the people to celebrate the National Month,” he said.

Meanwhile, he said the first 5,000 participants would receive T-shirts and stand a chance to receive lucky draw prizes.

“For those who missed the opportunity (as the earliest participants) I hope they can participate in this programme by wearing red T-shirts so that they are in harmony with their families. So let’s come early, ” he said.

Apart from that, he said for this year’s celebration, the department is also organising the Kembara Jalur Gemilang Keluarga Malaysia 2022 (KKM) programme involving 412 four-wheel drives with 600 participants.

He said the trip is based on the concept of ‘passing baton’ with the Jalur Gemilang baton being passed throughout the whole country all the way to Sabah and Sarawak.

Social security contributions compulsory for self-employed from next year