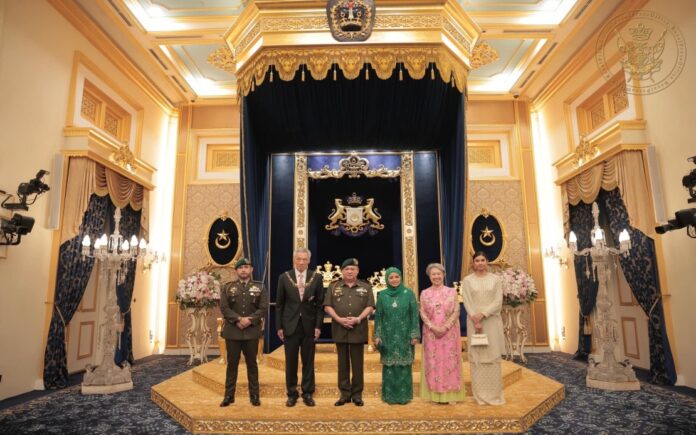 JOHOR BAHRU, July 19 — The Sultan of Johor, Sultan Ibrahim Sultan Iskandar, will be conferred an Honorary Degree of Doctor of Laws from the National University of Singapore (NUS) during his two-day official visit to the republic starting tomorrow.

In a post on Sultan Ibrahim’s official Facebook page, the award will be presented by Singapore President, Halimah Yacob.

It said that the award was in recognition of the Sultan’s contributions towards the improvement of bilateral relations between Johor and Singapore.

It also said that the Royal Johor delegation will be greeted upon arrival at the Istana, which is the official office of the President and Prime Minister of Singapore tomorrow (July 20), by Prime Minister Datuk Lee Hsien Loong and Singapore Cabinet ministers.

During the visit, Sultan Ibrahim is also scheduled to meet Halimah, apart from attending several events, including a visit to the RTS Link site in Woodlands, ISEAS-Yusof Ishak Institute and Sembawang Air Base.

It also said that the Singapore Botanic Gardens would present a special orchid hybrid, ‘Ibrahim Zarith’, named in their honour. The orchid is the national flower of Singapore.

Court issues final warning to Lokman for contempt of court during...

Sarawak premier: Normal for ‘big family like Malaysia’ to have different...