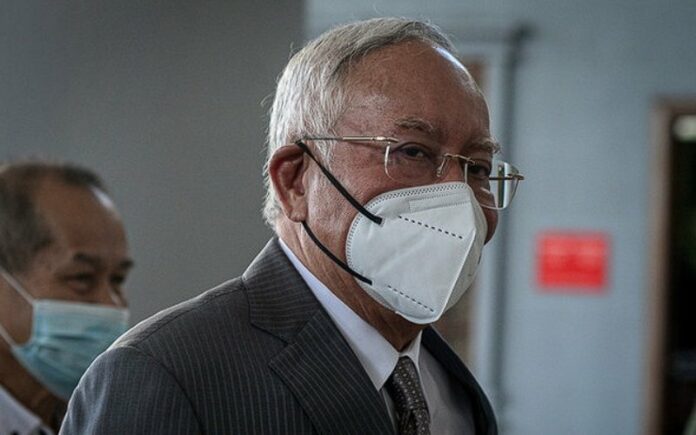 PUTRAJAYA, July 29 — Datuk Seri Najib Razak’s final bid to set aside his conviction and sentence in the RM42 million SRC International corruption case will proceed next month at the Federal Court, as fixed earlier.

Last Tuesday, it was reported that Najib had discharged with immediate effect Messrs Shafee & Co from representing him in his SRC appeal.

Last May, the Federal Court set 10 days from Aug 15 to hear the Pekan MP’s final appeal to set aside his conviction and jail sentence for the misappropriation of RM42 million of SRC International funds.

Mohd Ashrof said the court dismissed an application by the Pekan MP’s new legal team to adjourn the hearing scheduled from Aug 15.

He said the court also instructed that the main appeal be done through physical hearing and parties must list down all references to records of appeal to ensure a smooth proceeding before the Federal Court.

“Then the issue for change of solicitors for the main appeal. The (apex) court has informed that the hearing date fixed from Aug 15 to 26 is maintained. The fresh evidence application is to be heard also on Aug 15 together with the main appeal,” said the prosecutor.

The motion for fresh evidence here refers to Najib’s application on June 7, to adduce further evidence to the Federal Court to nullify the entire trial, over a claim that the trial judge Datuk Mohd Nazlan Mohd Ghazali was affected by conflict of interest.

Ismail Sabri conveys message of love for the country through poetry