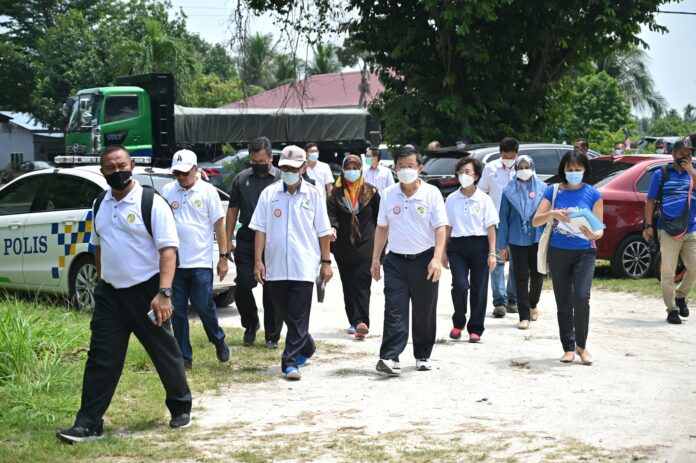 SEBERANG PERAI, Aug 1 — The Penang state government is expected to call for state elections concurrently with the 15th general election (GE15) if it is held by end of this year, Chief Minister Chow Kon Yeow said today.

Chow said the state will have to reassess its earlier position of not having the state elections together with the general election, depending on the date for the GE15.

“We will have to reassess our earlier position, depending on how soon or how late the general election will be called for. So, if the election is due towards the end of the year, I think… with so few months left, most probably it (state election) will be held concurrently,” he told reporters after visiting several locations in Tasek Gelugor under the state’s “Jelajah Love Penang” programme here today.

Chow, who is the Penang DAP Chairman, said he will reassess the situation as the party’s earlier stance of not holding state elections, was made many months ago.

The Chief Minister said the party was confident of retaining Penang during the GE15.

Penang has 40 state seats, 33 of which are held by Pakatan Harapan (PH) comprising DAP with 19 seats, PKR (12) and Parti Amanah Negara (two). The remaining seats are with Bersatu (four), Barisan Nasional (two) and PAS one.

As for the 13 parliament seats, PH holds 11 seats with DAP winning seven and PKR (four) while BN has two seats.