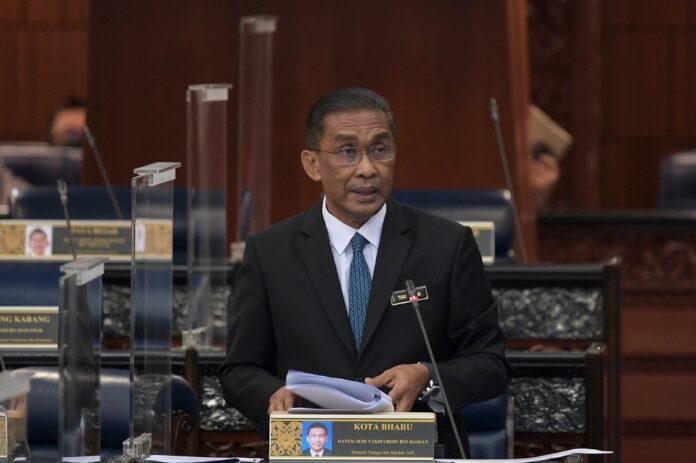 KUALA LUMPUR, August 4 — The Ministry of Energy and Natural Resources will no longer consider any new applications or extension of the Mining Operations Scheme (OMS) Approval Letter for mining sites within the Tasik Chini Biosphere Reserve area.

Energy and Natural Resources Minister Datuk Seri Takiyuddin Hassan said the government has stopped all mining operations in the area including three mining leases issued in 2020 and 2021.

“The State Government (Pahang) had also issued a ‘Stop Work Order’ on all mining activities (in the area) on May 17, 2021.

“The state government also implemented a moratorium by stopping all mining activities around Tasik Chini on June 17, 2021 and then implemented water quality monitoring in the area, enforcement of instructions for the preparation of EIA (Environmental Impact Assessment) reports and the gazetting of the Chini Forest Reserve,” he said during the Ministers’ Question Time in the Dewan Rakyat today.

He said this in replying to a question from Fuziah Salleh (PH-Kuantan) regarding the government’s actions to treat and restore the Tasik Chini (Chini Lake) area so that it is not stripped of its status as a United Nations Educational, Scientific and Cultural Organisation (UNESCO) Biosphere Reserve Site.

Takiyuddin said the government had received a letter from UNESCO’s Man and Biosphere Programme (MAB) Secretariat dated May 28, 2021, asking Malaysia to make improvements to Tasik Chini as a UNESCO Biosphere Reserve Site.

“I would like to confirm in this House that the Federal Government and the State Government of Pahang have prepared a periodic review report on Tasik Chini that we are instructed to submit before Sept 30, 2022, the draft is ready and will be sent within the specified time,” he said.

He said the Pahang Government has also established the Pahang State Parks Corporation and the Pahang Biodiversity Council under a State Government Enactment to manage and coordinate the implementation of the Tasik Chini management plan.

In addition, he said the Forestry Department of Peninsular Malaysia (JPSM) has intensified its tree planting programme since 2015 to restore degraded areas that also involve stakeholders such as the Orang Asli community.

“This is included in the Chini Permanent Forest Reserve area with an allocation of RM800,000 under the budget initiative of the COVID-19 Fund (KWC), Ministry of Finance Year 2022-Community Empowerment and Conservation of Tasik Chini Biosphere Reserve,” he said.

He added that his ministry has provided an allocation of over RM1.5 million since 2016 to carry out various studies in Tasik Chini including water quality studies while the Pahang Government has spent over RM4 million using an allocation for the Ecological Fiscal Transfer (EFT) for Biodiversity Conservation allocated by the Federal Government to improve management of Tasik Chini for the period 2019-2021.

Saifuddin to establish foreign policy framework for the new government