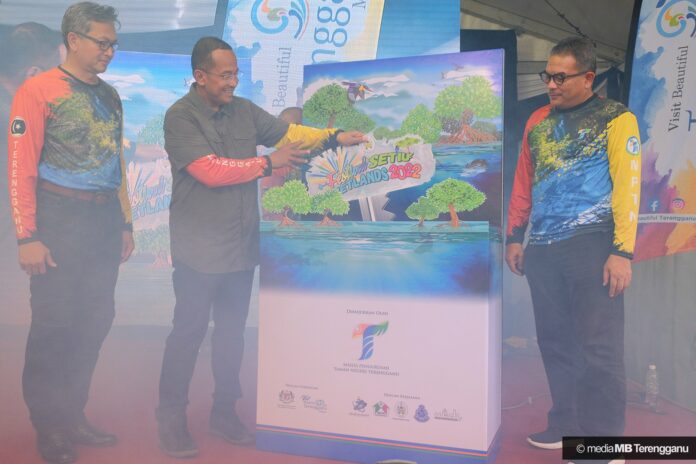 He said the area is inhabited by various species of flora and fauna that provide good returns to the community from the economic aspect and also to preserve the ecosystem.

“The Setiu Wetlands area has a high value and needs to be promoted effectively and continuously,” he said when speaking at the opening ceremony of the Setiu Wetlands Festival 2022 here Friday.

The festival from Aug 4 to 7 aims to increase the local community’s understanding of the uniqueness of the natural environment of wetlands which holds importance of ecosystem care in terms of water supply, flood control, storm barriers, coastal erosion control, biodiversity conservation and ecotourism.

In the meantime, he said the reputation of the wetlands should also be strengthened because it is in line with the requirements of the Sustainable Development Goals (SDG) and towards meeting the criteria set by the International Union for Conservation of Nature (IUCN).

Ahmad Samsuri said that the state government hoped that all parties at the department level, government and private agencies, non-governmental organisations (NGOs) and the community would work together with the Terengganu State Parks Management Council in looking after the wetland.

Meanwhile, when met by reporters after the ceremony which received cooperation and funding support from the Ministry of Tourism, Arts and Culture (MOTAC), he said the state government always held discussions with the federal government about initiatives that could be taken for the wellbeing the state park.

“We are also holding discussions with private parties such as mega companies and large foundations that have various funds to implement their corporate social responsibility (CSR).

“Recently we reached an agreement with an entity from outside Terengganu, to provide funds to implement a project in this state park that will provide economic benefits to the local community… When it is confirmed and signed (agreement) we will inform you later ( project details),” he said.