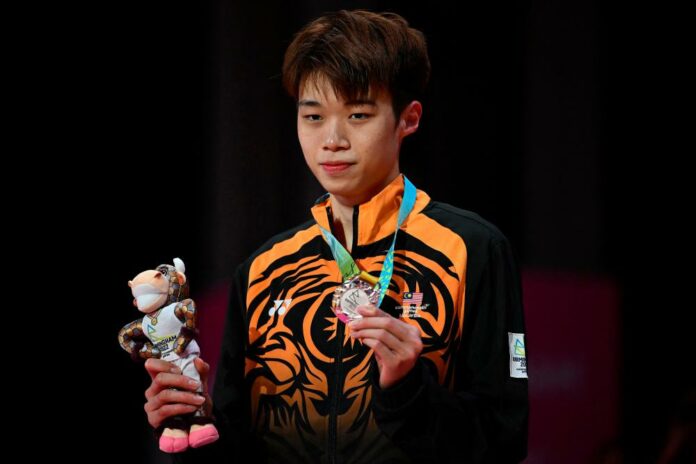 Following Tze Yong’s terrific success after he clinched silver in his debut at the Birmingham 2022 Commonwealth Games, one would think that he might be well ready to go against professional men’s singles ace, Lee Zii Jia.

Instead, Choong Hann said his charge has all what it takes to contribute to the success for the country on his own – the Tze Yong way.

Despite going down in the rubber set, 21-19, 9-21, 16-21 to eventual champion Lakshya Sen of India in the final yesterday, Tze Yong deserves a pat on his back following an incredible run in the Games including scoring two upset wins against the world’s top players en route to the final.

The 22-year-old player was also instrumental in helping the national badminton camp to wrest the mixed team gold medal from India with a 3-1 win last Tuesday.

Tze Yong had beaten Sen’s teammate Srikanth Kidambi 21-19, 8-21, 21-16 in rubber sets to put Malaysia on the path to winning the gold medal in the third match of the mixed team final.

However, Choong Hann believed that work is still in progress from his end to help Tze Yong deliver more success in the future.

“We will continue to work with him on the current programme and let the time factor sink in. We will not move our goalpost due to any unnecessary pressure,” he told Bernama.

On Tze Yong’s performance throughout the Games, Choong Hann was pleased to see the Johorean shuttler’s upward trajectory as he played well and above his rank in Birmingham.

Confiscated trade items worth RM1.6 million disposed of in Selangor