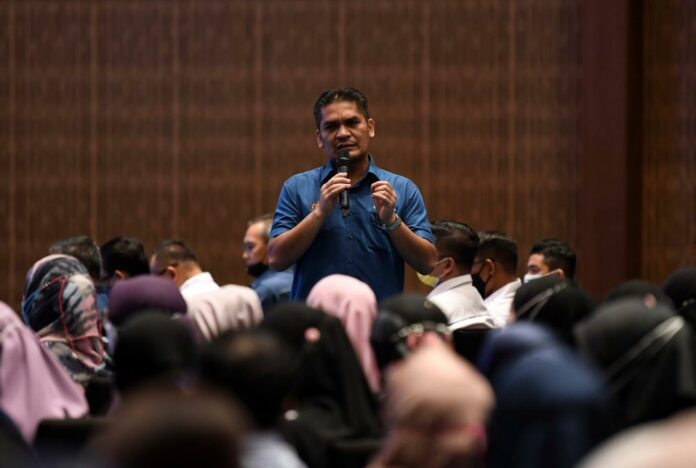 KOTA KINABALU, Aug 14 — The Education Ministry (MOE) will announce the actual data of post-Sijil Pelajaran Malaysia (SPM) students who did not further their study.

Senior Education Minister Datuk Dr Radzi Jidin said at the moment MOE is collecting new data on where the students are after sitting for the examination.

“MOE will look in detail the (student) data, we will share this data in the near future and we will explain (where the students are) based on the data we have obtained,” he told reporters after the Sabah Teacher Education Transformation programme at the Sabah International Convention Centre (SICC) here today.

Recently the media reported that about 390,000 or 72.1 per cent of post-SPM students decided not to continue their study.

Commenting on the reported figures, Radzi said the study was not done comprehensively and recorded age cohort or did not have the same situation, for example the past generation who are now 70 to 80 years old have different reasons for not continuing their education compared to the younger generation today.

“That’s why we have to look more deeply. I don’t want to talk about 72 per cent, let us explain that based on the data we got from students who completed SPM,” he said.

In the meantime, Radzi said MOE is working with other agencies in an effort to help school students who have difficulty going to school in Sabah.

He said if the matter involves an infrastructure issue, MOE will find an approach to help the students in question to get the best access to education.

Regarding the programme, Radzi said it was a transformational effort by MOE to deliver a comprehensive message on the education ecosystem in order to see the direction of the country’s education system.

He said in the programme with about 1,000 educators, many things were presented about aspects of education that have been and will be implemented in addition to giving space to teachers to convey their views and suggestions to improve the education system.

Over 1,000 complaints against employers received for violating MCO SOP