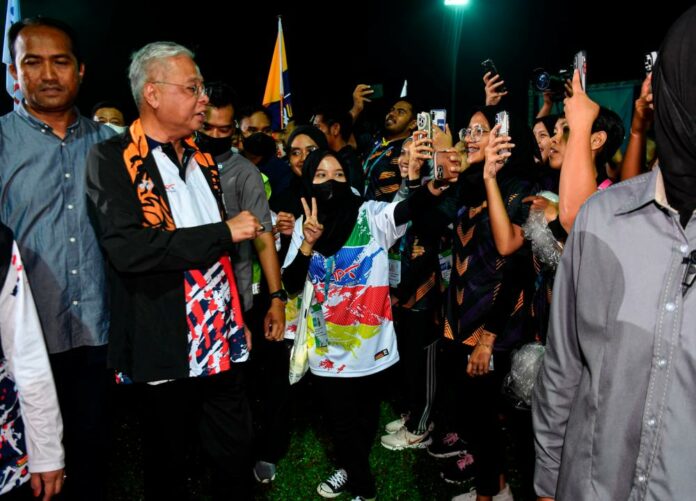 “Today I challenge the athletes competing at SUKIPT 2022 to set new national records, no matter what the sport. And those who succeed will be rewarded with RM20,000,” he said during his officiating speech of the Games at Universiti Pendidikan Sultan Idris (UPSI) Stadium tonight.

He also expressed his hope that SUKIPT will produce more high-performance athletes with winning mindsets at major international-level championships and that the Keluarga Malaysia spirit continues its momentum, not only in sports, but also in institutions of higher education that are synonymous with the growth of a united society.

“We can relate to many things when we talk about sports. It’s not only for health, but teaches us about team spirit, strategy and decision-making.

“In my speeches at sports-related forums, I often emphasise on how sports can inspire patriotism and unity. Whenever there’s a football or badminton match, especially at the global level, we will sit together, cheer together as we support our national team,” he said.

Ismail Sabri pointed out that sports had its own distinctive aura, not only among competitors but also spectators, citing the example of national badminton coach Hendrawan who gave his shoes to Jamaican shuttler Samuel Ricketts so that he could continue playing.

Another example he provided was that of Malaysian silat exponent Siti Siti Shazwana Ajak, who was praised by netizens for protecting the modesty of her Indonesian opponent Selly Andriani when her headscarf came loose during their match at the 31st South East Asian Games in Hanoi Vietnam in May.

“We can learn from these examples that there are bigger things than just competing – compassion, respect and humanitarian values between competing teams.

“This is the spirit we want, not limited to athletes who compete, but also all supporting fans and spectators, along with volunteers and officials,” he said.