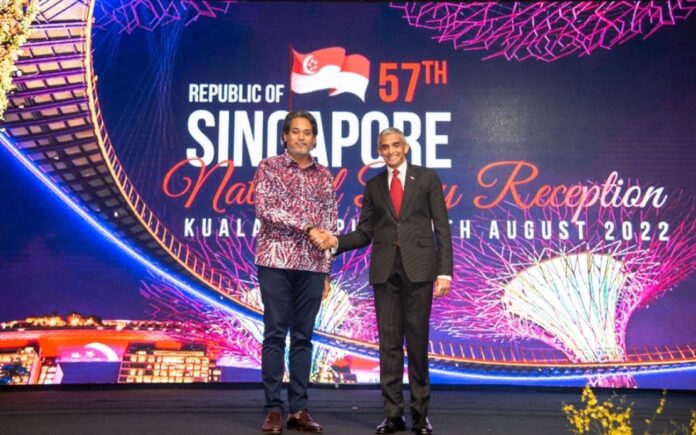 KUALA LUMPUR, Aug 17 — After a three-year hiatus due to the COVID-19 pandemic, the Singapore High Commission held a reception here tonight in conjunction with the republic’s National Day celebrated on August 9.

Its High Commissioner to Malaysia Vanu Gopala Menon said the pandemic, however, has reinforced how interdependent Singapore and Malaysia have been throughout the challenging times.

Reminiscing all the struggles and battles the two neighbouring countries had to face during the outbreak, he noted that Singapore’s relationship with Malaysia is founded on deep people-to-people ties.

“People make the relationship between our two countries truly special. On this National day, wishing our ties will continue to grow deeper and stronger with each successive generation of Singaporeans and Malaysians,” he said in his speech during the reception held at the Shangri-la Hotel.

Themed “We Missed You”, the reception was also attended by the Minister of Health, Khairy Jamaluddin, who was the guest of honour.

Over 800 guests attended the event which included Singaporeans and friends from the Malaysian government, corporate sector, diplomatic corps and the media.

Guests were also treated to a performance by Singaporean musician Churen Li, an internationally-recognised musician who had performed at many local and international festivals.

In line with the theme, the venue was decorated with Singapore icons, that included part of Singapore’s national anthem — the words “Majulah”, which means “Onward” carved in ice.

Over 500 vehicles ordered to turn back at Kelantan borders –...