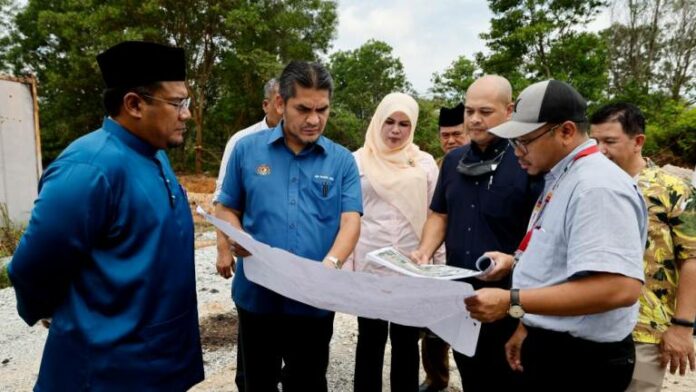 SEPANG, Sept 30 — The construction of Sekolah Menengah Kebangsaan (SMK) Kota Warisan is based on the Education Ministry’s (MOE) responsibility of looking into the need to build a new school based on the population density aspect of an area, Senior Education Minister Datuk Dr Radzi Jidin said.

“Regardless of whether there is a general election, when we see a situation that requires immediate action, we deliver,” he told reporters after visiting the SMK Kota Warisan construction site today.

He also denied that the school’s construction had anything to do with fishing for votes, and cited the construction of SMK Bandar Saujana Putra in Kuala Langat, which was abandoned for a long time, but was finally built and began operating last March, after MOE intervened.

According to Radzi, the population in Kota Warisan area in Sepang started growing around 2001, but the nearest secondary schools were SMK Dengkil, eight kilometres (km) away, and SMK Seri Sepang, 10 km away.

“Our projects take into account the construction and opening of new areas here and the increasing number of students who will continue their education at the secondary level.

“This is good news for those living in Sepang and Kota Warisan because the distance for them to send their children to school is quite far and the existing schools are already overcrowded,” he said.

The construction of SMK Kota Warisan with an area of 4.85 hectares will begin after the letter of acceptance (SST) is finalised early in December and will be fully completed in September 2025. It will have 42 classrooms to house 30 to 35 students each, as well as a field and a sports court.

Radzi said SMK Kota Warisan will also have a special building for students with special needs.