马中透视 MCI
Home Editor's Pick I was not asked to assess RM1 mln received by Shahrir –... 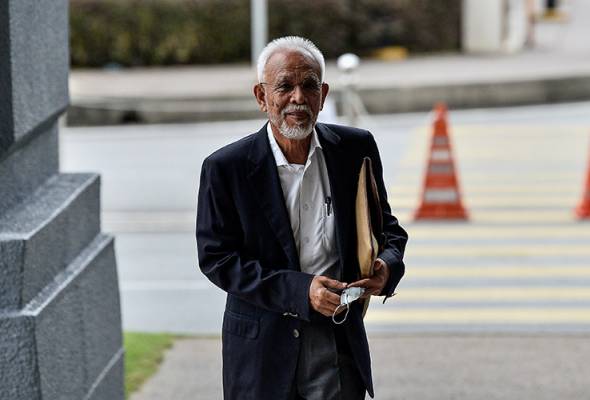 KUALA LUMPUR, Oct 6 — An officer of the Inland Revenue Board (IRB) told the High Court here today that an investigating officer of the Malaysian Anti-Corruption Commission (MACC) did not ask him to make an assessment to determine whether a sum of RM1 million allegedly received by Tan Sri Shahrir Ab Samad was regarded as income or not.

Deputy Head of the Celebrity, Public and Various Entertainers Desk Audit Unit, IRB Assessment Division, Tuan Zulkfli Tuan Lah, 48, said the investigating officer also did not furnish any documents relating to the receipt of the RM1 million, but merely told him that Shahrir received the money.

He said this when cross-examined by lawyer Datuk Syed Faisal Al-Edros Syed Abdullah Al-Edros, who is representing Shahrir in the former Johor Bahru MP’s trial on a charge of failing to declare to IRB RM1 million which he received from former prime minister Datuk Seri Najib Tun Razak via an AmIslamic Bank Berhad cheque dated Nov 27, 2013.

Syed Faisal Al-Edros: If we want to determine whether the RM1 million which Tan Sri Shahrir received amounted to an income or not, the best way to do it is with a tax assessor like Tuan Zul yourself?

The 21st prosecution witness also agreed with the lawyer that it was within IRB’s jurisdiction to determine whether the RM1 million received by Shahrir was considered income or not.

Asked if the investigating officer told him that Shahrir had talked about not wanting to contest (in JB seat) when he met then Barisan Nasional (BN) chairman (Najib) a few months after Shahrir won the Johor Bahru parliamentary seat because his savings had been used to revive the abandoned Puri Langkasuka project in Larkin, Tuan Zulkfli said “No”.

Syed Faisal Al-Edros: When the BN chairman heard about this matter, he issued a cheque for RM1 million to him (Shahrir), which was what led to this charge. So, did the investigating officer tell Tuan Zulkfli about the issuance of the cheque?

Tuan Zulkfli: Not issuance of the cheque but that the recipient (Shahrir) received the RM1 million cheque.

Following this answer by the witness, the lawyer again asked whether he knew and was told by the investigating officer about the history leading to the receipt of the RM1 million, Tuan Zulkfli said “No”.

The witness said he was not sure when the lawyer suggested that the RM1 million received by Shahrir was not taxable income because it was money entrusted to him to be spent on the Puri Langkasuka project and not for his personal use.

Shahrir, 72, is alleged to have been involved in money laundering by not reporting his actual income in the income tax return form with regard to the RM1 million, which contravenes Section 113(1)(a) of the Income Tax Act 1967.

The charge, framed under Section 4(1) of the Anti-Money Laundering, Anti-Terrorism Financing and Proceeds of Unlawful Activities Act 2001, provides for a maximum fine of RM5 million or imprisonment of up to five years, or both, on conviction.

Nine localities, including seven in Sabah, to be under EMCO from...