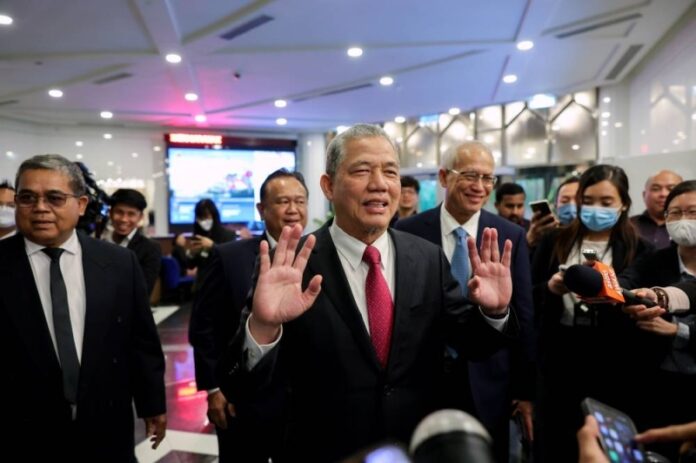 “I could not make any decision (during the audience) earlier, could only listen to His Majesty’s views on the matter and will convey the message to the GPS leadership. I have also briefed our Premier (Abang Johari) about this,” he told reporters here today.

The caretaker Works Minister said, as of now,  GPS still sticks to its stance to form a federal government with Perikatan Nasional (PN), Barisan Nasional (BN) and Gabungan Rakyat Sabah (GRS), but will heed the decision made by the Al-Sultan Abdullah.

In the GE15, GPS won 23 out of the 31 parliamentary seats in Sarawak to emerge as the fourth biggest coalition after Pakatan Harapan (PH) which secured 82 seats, followed by PN (73) and BN (30).

MINDEF has submitted report on procurement of 36 light combat aircraft...