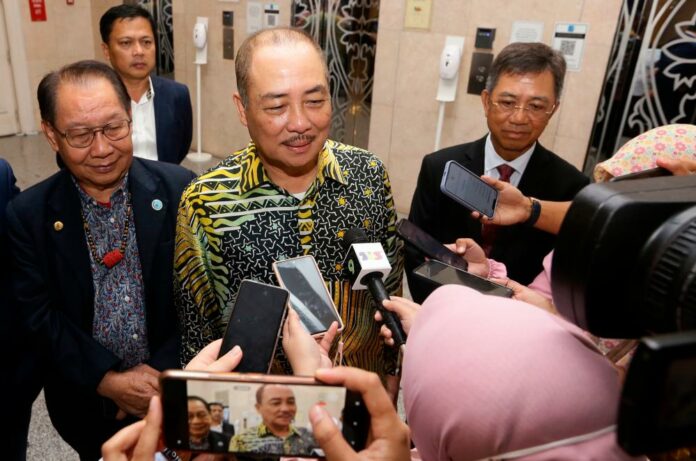 When met by the media after the meeting, GRS chairman Datuk Seri Hajiji Noor said GRS was there to express the coalition’s support for Anwar’s leadership and the formation of the new government.

When asked if he had submitted the list of MPs from GRS to join the Cabinet at the meeting, the Sabah Chief Minister said the matter was not discussed.

Anwar on Friday said the unity government had achieved a two-thirds majority with the participation of GRS.

Hajiji on the same day reportedly said the support and participation of Sabah political parties in the unity government led by Anwar will ensure stability and prosperity of the people in the state.

Meanwhile Parti Warisan (Warisan) president Datuk Seri Mohd Shafie Apdal said issues related to the Malaysia Agreement 1963 (MA63) were among the matters brought up at the 45-minute meeting with the Prime Minister at Perdana Putra.

He said the government needed to view MA63 more seriously and hoped that all deferred matters in the agreement could be implemented in stages.

He added that there were no detailed discussions held on the deputy prime minister’s post and the Cabinet.

“We voiced our opinion about how important good governance is as Malaysians have very high hopes for the current administration. We hope it will be implemented as soon as possible,” he said.

On Oct 23, Anwar said that PH would retain a previous proposal to have two deputy prime ministers if the coalition was elected as the government in the 15th general election.

One deputy prime minister would be from Peninsular Malaysia and the other would represent Sabah or Sarawak (Borneo).

Policy on 5G implementation to be tabled in cabinet before end...